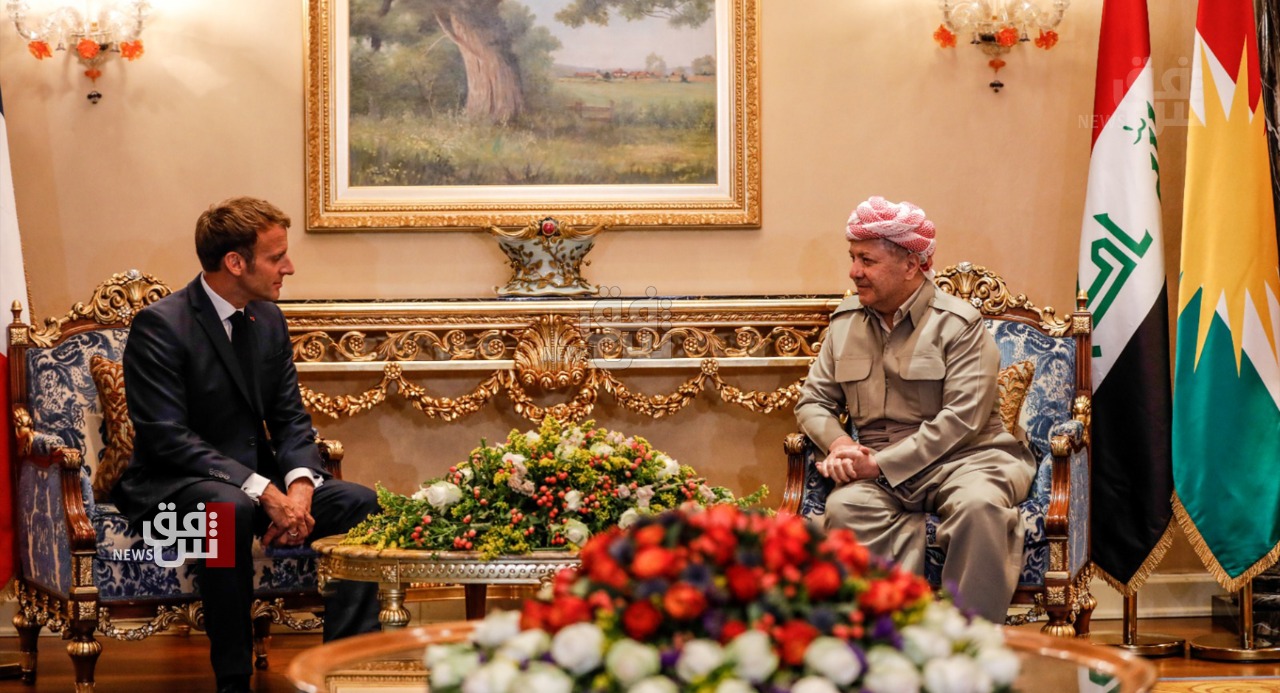 According to a statement by Barzani's headquarters, Barzani received French President Emmanuel Macron and his accompanying delegation, and expressed appreciation for their support of the Kurdish people and the Peshmerga forces in defeating ISIS.

The statement added that Barzani made it clear that the Kurdish people had a culture of coexistence, which ISIS was not able to tolerate.

The French President announced during the meeting that he wanted to meet Barzani to reaffirm the respect and friendship between the two peoples and the continuation of the French commitment to the war against ISIS, noting that the Peshmerga fought bravely and became a source of inspiration, and this constitutes a lesson that proves that foreign aid without the presence of brave fighters will not achieve victory.

Barzani said that the threats of terrorism still exist because the reasons that led to its emergence still remain.

The statement indicated that the meeting discussed the Baghdad-Erbil relations, the obstacles facing the political process, and the upcoming Iraqi elections, pointing out that the two sides hoped that the elections would be a good way to create change and progress.

It added that the situation in Sinjar and Western Kurdistan (Syrian Kurdistan) were other axes in the meeting, while Barzani expressed to Macron his concern about the future of the Kurds in Syria.

After the meeting, the Kurdish leader offered President Macron a statue of the Peshmerga as a symbol of the sacrifice of the people of Kurdistan in confronting terrorism.

The statement noted that Barzani accompanied French President Emmanuel Macron to meet with the family of the martyr Hojam al-Sorji and a group of Peshmerga women from the Zeravani forces.