Leader Barzani: the world should know that Kurdistan is a country of peaceful coexistence 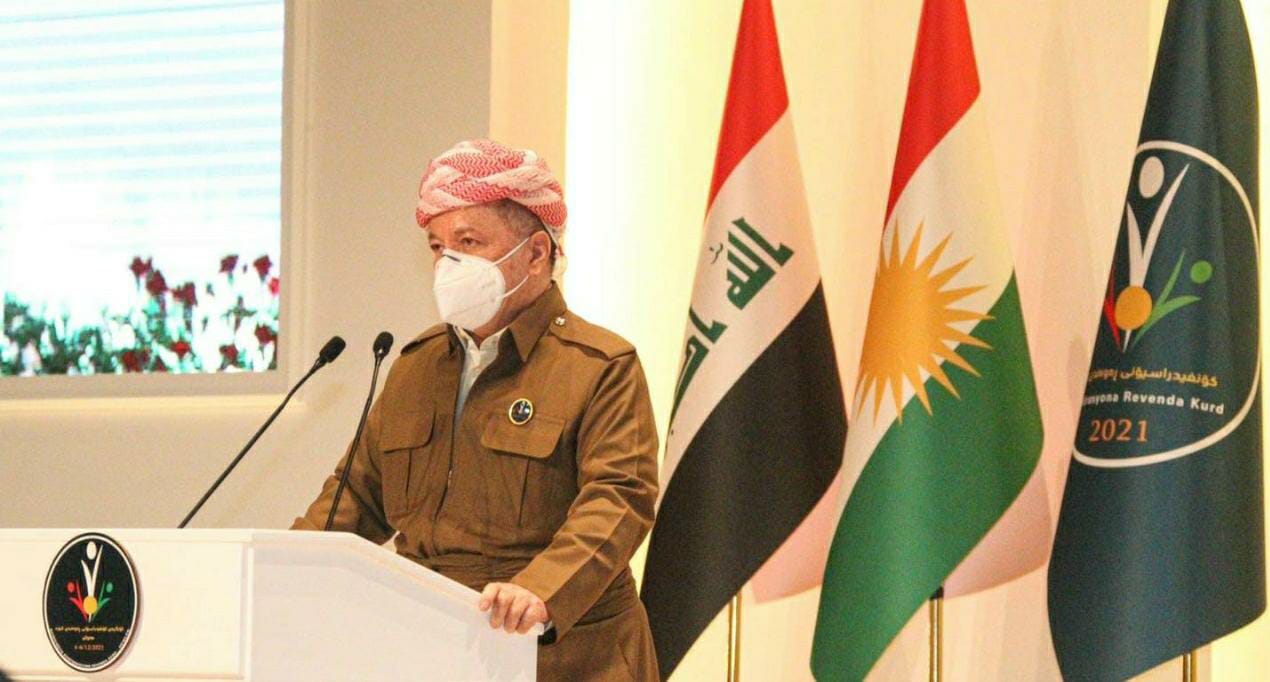 Shafaq News/ On Saturday, Kurdish leader Massoud Barzani warned of a "great danger" facing the Kurdistan Region due to the escalation of armed attacks launched by ISIS, which killed civilians and Kurdish forces.

In a speech on the sidelines of launching the "Kurdish Community" conference in Erbil, attended by more than 150 Kurdish personalities from the four parts of Kurdistan.

Leader Barzani addressed the "Kurdish community" in the diaspora, saying, “We ask you to let people in the diaspora know more about the peaceful people of Kurdistan because war is not a solution and will not solve any problem," adding, “we, the Kurds, must be attentive, and do not turn our problems with the regimes lead to problems with the people.”

He added that the whole world should know that Kurdistan is a country of peaceful coexistence.

Barzani called on the Community to respect the laws and procedures of the countries they live in.

The Kurdish leader urged the Kurdish diaspora to encourage its young people to develop their abilities in the history and language of the people of Kurdistan.

The leader also encouraged the Kurdish community to build strong relations with other peoples saying, “make more friends, and talk about the crimes of genocide that the Kurdish people have been subjected to throughout history.”

Barzani called on the community to support the experience of the people of the Kurdistan Region, adding, “Unfortunately, this experience still suffers from great danger, and a few days ago in Garmyan and the day before yesterday in Makhmour, we were subjected to terrorist attacks, and these attacks confirm that a great danger awaits us.”

The Kurdish leader confirms “we will avenge to our people, and that their blood will not be lost.”