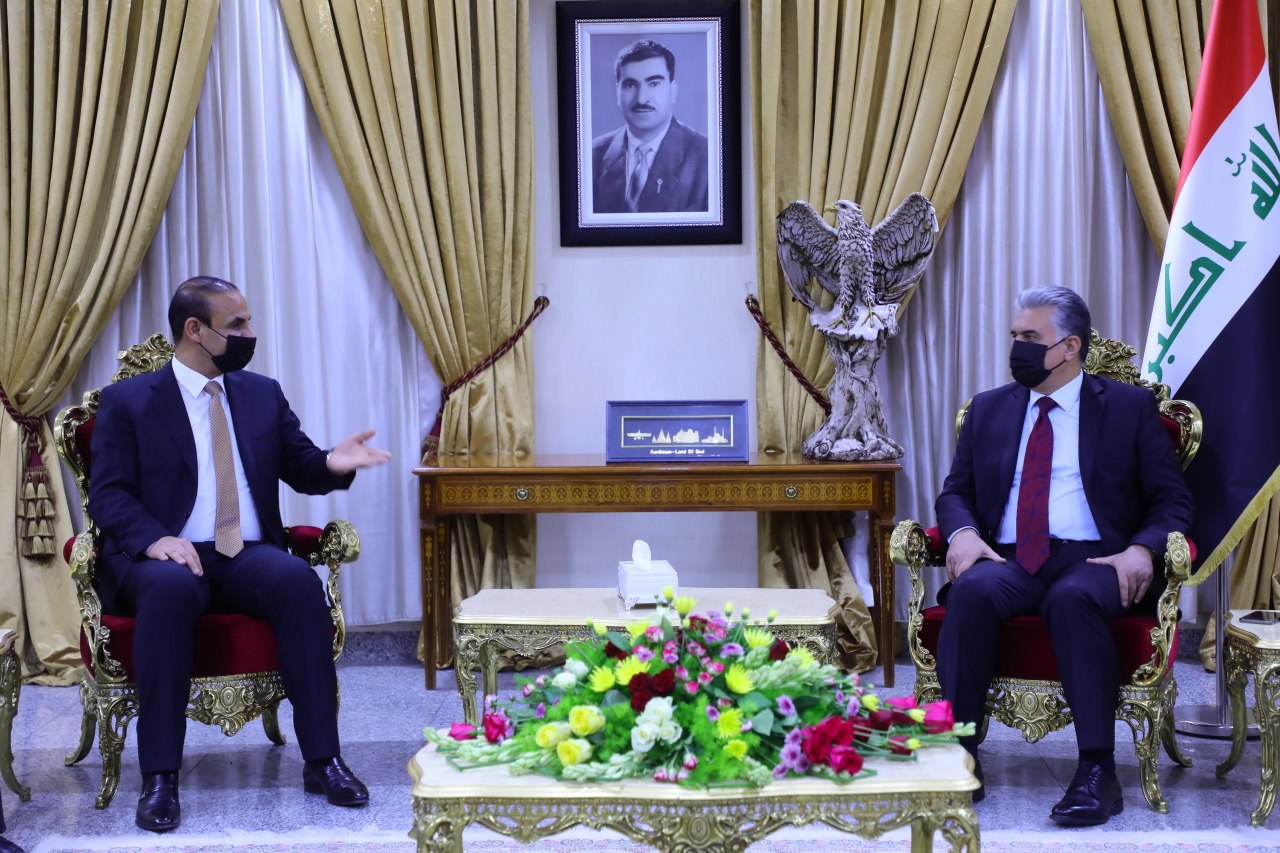 A statement issued by the ministry quoted Al-Rikabi saying, "foreign workers have a great impact on the reality of national workers, as they share work opportunities, which necessitates limiting their illegal entry and implement laws related to their work", noting that, "it is the Residency Department's responsibility not to allow entry of foreign workers, except for those with specializations not available in the Iraqi labor market".

Al-Rikabi called for, "unification of procedures between the two ministries to enhance financial revenues and benefit the Baghdad and Erbil".

For his part, the Minister of Interior in the Kurdistan Region announced his readiness to cooperate in the field of organizing the entry of foreign workers to implement the ministry's vision", adding that the Ministry of Interior in the region It will take legal measures against companies that violate the law".

The statement of the Ministry of Labor and Social Affairs added, "the file of some families benefiting from the social welfare salary from several governorates who live in the region, which are estimated at 7,743 families, have been discussed to facilitate the entry of social researchers and complete the procedures for their inclusion in the aid program".

Iraq recently witnessed the phenomenon of the influx of foreign workers, of various Asian and Arab nationalities, the majority of them entered the country illegally. The Ministry of Labor and Social Affairs recorded in 2017 and 2018 the presence of more than 100,000 foreign workers who entered the Iraqi workplace legally, compared to 13 thousand Iraqi workers.

Flights to be resumed between Erbil and Europe