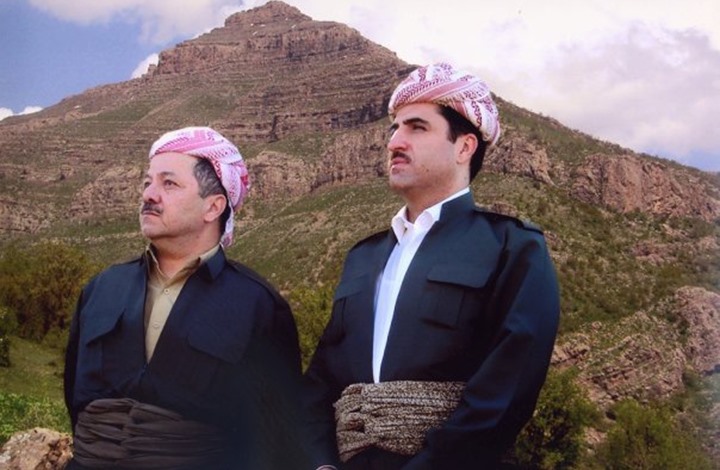 Shafaq News/ the Prominent Kurdish leader Masoud Barzani and President Nechirvan Barzani praised the role of the Kurdistan’ Union of Islamic Scholars in “rejecting violence and extremism” and confronting terrorism.

The two leaders issued statements on the 51st anniversary of establishing the Union in the Region by Mullah Mustafa Barzani.

Leader Masoud Barzani said, "The establishment of the Union of Islamic Scholars in Kurdistan by the immortal Barzani was an essential step in consolidating the role of scholars and senior clerics in promoting the principles of faith…spreading a culture of coexistence …educating citizens in all regions, cities and villages.”

He added, “the Scholars played remarkable roles during the struggle and revolution by raising the national awareness among people, introducing rights and rejecting injustice.”

"I highly appreciate the effective and influential role of scholars and clerics, who dealt with wisdom when terrorism represented a great threat to the region and the world.” He concluded.

In turn, tThe President of Kurdistan said in another statement, "We highly value the role, influence, and struggle of the Union of Islamic Scholars in Kurdistan… for more than half a century they serve the religion and the people of Kurdistan, strengthen the national spirit, confront injustice and defend the rights of religious scholars,… we fully support their rights.”

He added that the Union and religious scholars have an influential role in protecting and spreading the spirit of cohesion, tolerance, acceptance of others, moderation, and confronting extremism… “on this occasion, we stress the importance of their role in promoting and deepening peaceful coexistence in the Kurdistan Region."

Masoud, Nechirvan Barzani condemn the Iranian bombardment of the Kurdistan Region: crime and violation of integrity