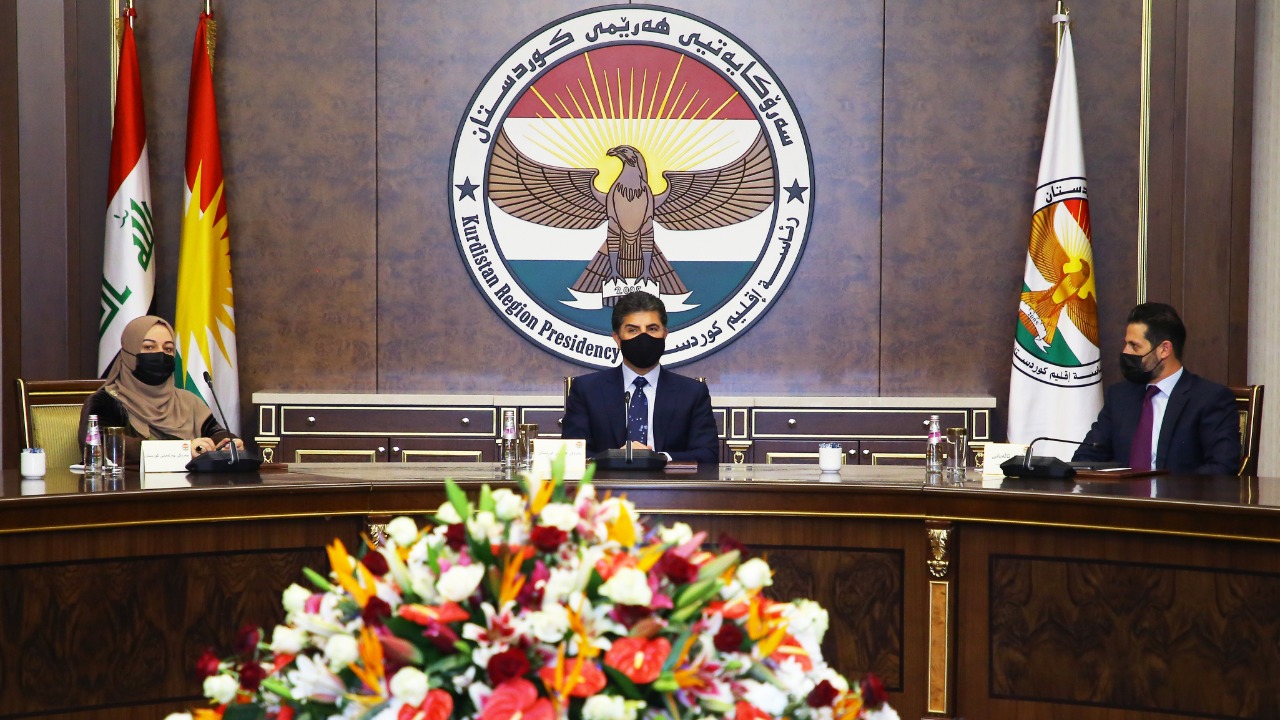 Shafaq News/ The President of the Kurdistan region, Nechirvan Barzani, on Monday will convene with the Region's Prime Minister, Parliament Speaker, and Cheif Justice to ponder the reverberations of the Iraqi Federal Supreme Court's ruling that undermined the constitutionality of Kurdistan's oil and gas law.

An advisor to the region's president, Dilshad Shehab, said that the meeting will take place tomorrow, Monday.

In the same context, a delegation from the Kurdistan Regional Government (KRG) visited the headquarters of the region's parliament and held a meeting with the heads of the parliamentary blocs.

The meeting was concluded earlier today but the delegation did not make any statements to reporters.

On February 15, the Iraqi Federal Supreme Court decreed that the natural resource law passed by the Kurdistan Regional Government in 2007 is unconstitutional, potentially upending the region's oil and gas industry.

Ruling that KRG oil exports and contracts with international oil companies are illegal, the court granted the federal government the right to annul such contracts, claim ownership of KRG oil, and hold Erbil liable for past oil revenues against budget allocations received from Baghdad.

In addition to undermining the KRG's energy industry, the ruling could limit federal Iraq’s too—indeed, the very concept of oil federalism is at risk. The decision also complicates the ongoing government formation process, and may even invite backlash against a judiciary that has maintained widespread respect among Iraqis.