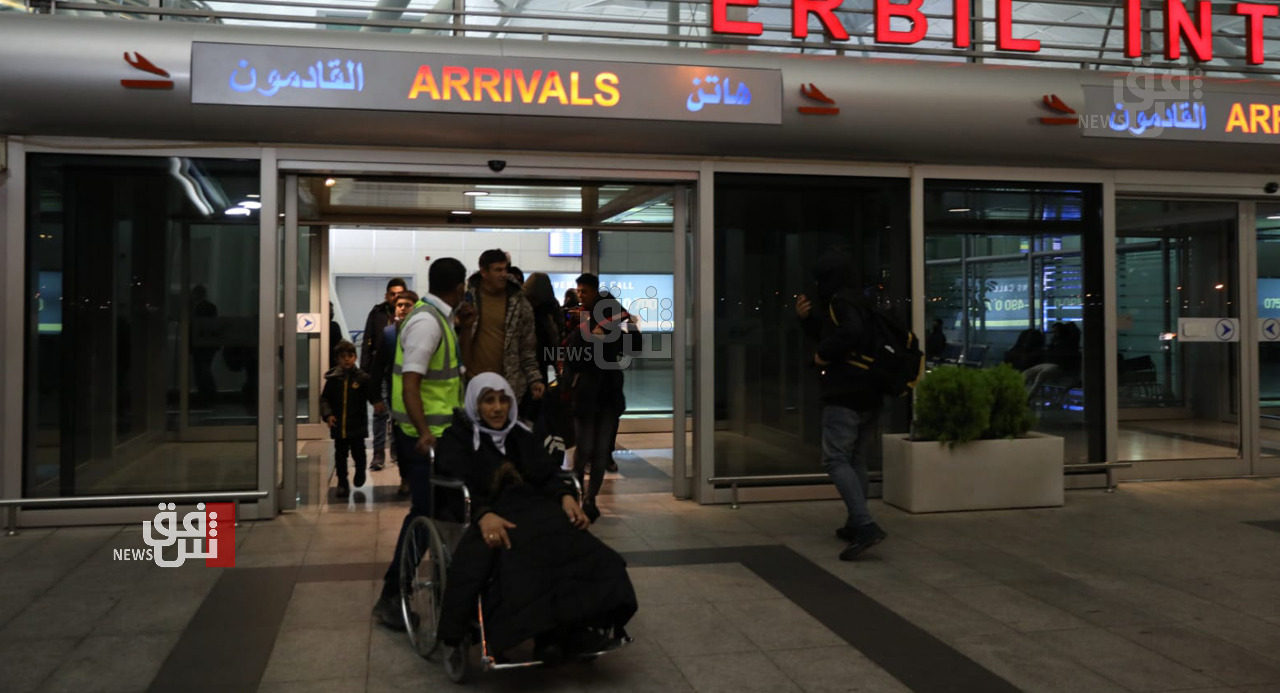 Shafaq News/Kurdistan's Prime Minister, Masrour Barzani, sent a message regarding the return of hundreds of migrants from the Belarus borders to Erbil.

"I'm relieved by the safe return of our citizens caught up in the border between Poland and Belarus. Their stories will inform our efforts to ensure this doesn't happen again.

We will continue working with the federal government and partners to bring home all those who wish to return." Barzani said on Twitter.

"I also thank our frontline workers, govt bodies and airport staff, NGOs, and volunteers for their support to the returnees today." He added.

On Thursday, the first group of Iraqi migrants arrived in Baghdad from the Belarusian capital, Minsk.

A source told Shafaq News Agency that 30 migrants arrived at Baghdad International Airport after being stranded in Belarus and the European Union countries for several weeks.

For its part, the Iraqi Ministry of Transport said in a brief statement, "The plane of the Iraqis returning from Belarus arrived at Erbil airport after returning from the Belarusian capital, Minsk."

According to the spokesman for the Kurdistan Regional Government, Gutiar Adel, the first group includes 431 people, 90% of whom are residents of Kurdistan.