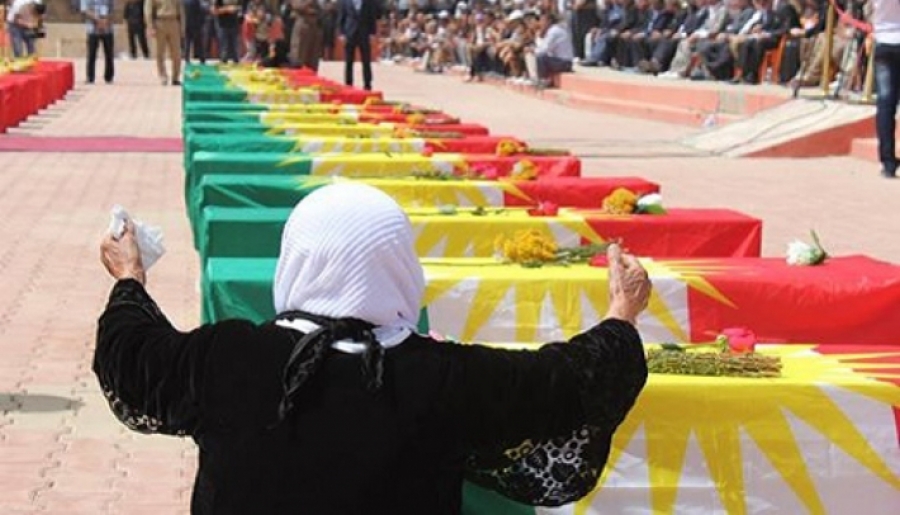 Shafaq News/ Kurdistan’s Prime Minister, Masrour Barzani issued, on Saturday, a statement on the 38th anniversary of the genocide campaigns committed by the Baathist regime against the Barzanis.

Barzani said in the statement, "Today, we commemorate, with honor and dignity, the memory of one of the most heinous crimes and the most heinous campaign of racial cleansing perpetrated by the former Iraqi regime 38 years ago, when it took thousands of innocent Barzanis to the deserts of southern Iraq, and they were buried alive in mass graves for no other reason than because they were Kurds." ".

He added, "The genocide against the Barzanis paved the way for a series of successive crimes represented by the Anfal campaigns and in several stages, including burning, demolition and sabotage, then the bombing of Halabja with chemical weapons, and the leveling of thousands of villages and towns to the ground, and that genocide reached the utmost levels of injustice and brutality."

"As we remember those lives that were lost in this genocide and others, the Iraqi government bears a moral and legal duty to compensate the families of the victims of all the massacres committed against the people of Kurdistan, who have not yet been compensated despite the decision of the Iraqi High Criminal Court to consider the Anfal campaigns as a genocide and war crimes.” He added.

Barzani reiterated, the Kurdistan Regional Government's commitment to continue providing everything for the martyrs and the families of the Anfal victims, and “we will not hesitate to serve them."

U.S. embassy in Baghdad stress the need to respect freedom of expression