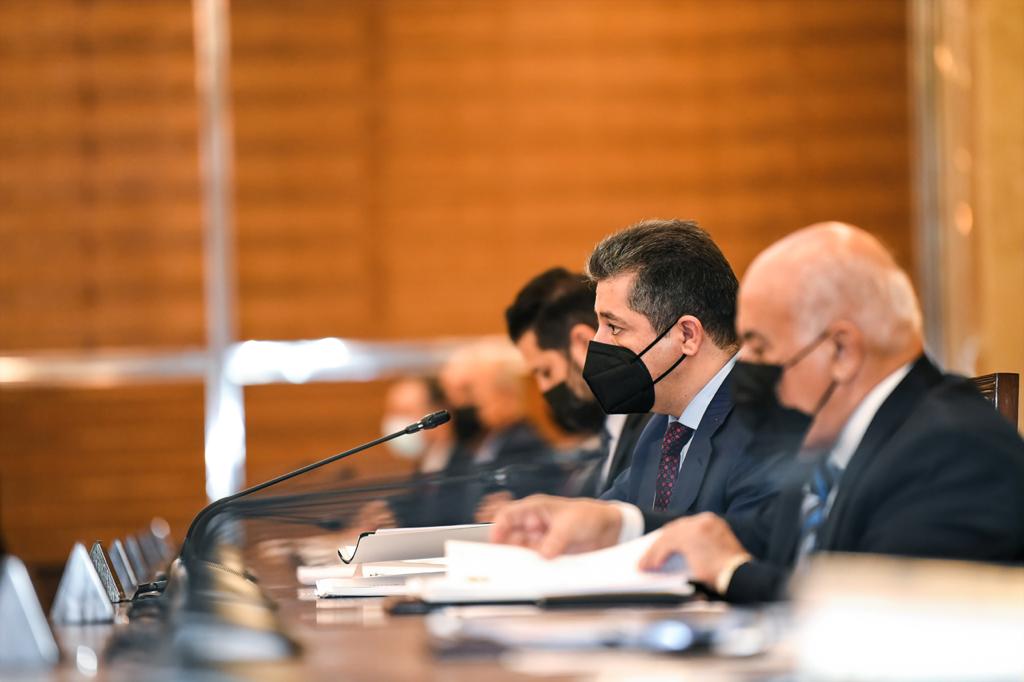 Shafaq News / Kurdistan’s Prime Minister, Masrour Barzani, on Wednesday, issued a statement on the Cabinet's approval of the draft law of the Criminal Court for ISIS crimes in the Region.

"The Cabinet approved today, Wednesday, the draft law of the Criminal Court for ISIS crimes in Kurdistan to investigate and prosecute ISIS terrorists for their war crimes and massacres against humanity." Barzani said in a statement.

He added, "When Kurdistan Parliament ratifies the draft law, it will create a legal framework to trying ISIS terrorists by forming a national court in the Kurdistan Region and offering assistance from the United Nations Investigative Team to Promote Accountability for Crimes Committed by Daesh/ISIL (UNITAD) in gathering evidence."

The Prime Minister said, "Without any doubt, the matter will not heal the deep wounds of ISIS victims, especially the Yazidi sisters and brothers…but it will be a step for punishing the criminals."

"The Kurdistan Regional Government, the federal government and the international community bear responsibility to hold ISIS terrorists accountable for their crimes against the people of Kurdistan and the Iraqi people, and humanity in general.”

He continued, "We will continue to cooperate, collect and exchange information with UNITAD team… I also call on the United Nations and the international community to support the judicial system in Kurdistan, especially in the field of training and preparing for the first session of the public trial…this law prompts the international community to collecting funds and securing assistance for the families of the victims. "