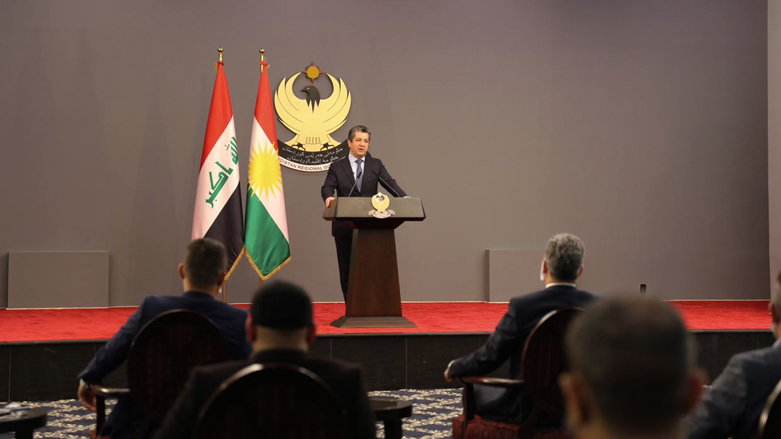 "We have always emphasized that ISIS still posed a real and dire threat in many regions of Iraq, especially in the Kurdish regions outside the KRG administration by taking advantage of the security vacuum. We reiterate the importance of joint security cooperation between the Iraqi army and the Peshmerga forces.” Barzani said.

He added, “It is important that the Global Coalition will continue training and assisting the Peshmerga forces and the Iraqi army," stressing that Iraq is in need for the Coalition to remain to confront ISIS and end the terrorist threats to the Kurdistan Region and Iraq.

Earlier, the Counter-Terrorism Service in Kurdistan said in a statement “ISIS fighters at dawn today, Saturday launched an attack on the heights near the village of Bergen near the fifth axis of the Peshmerga forces, and on the sites of the tenth brigade.”

Earlier this morning, a security source said an armed attack by ISIS elements in the hills between Debs district and the town of Alton Kobri - Baroda - in Kirkuk, which killed seven Peshmerga fighters, including a colonel, wounded two others, and damaged a security point.