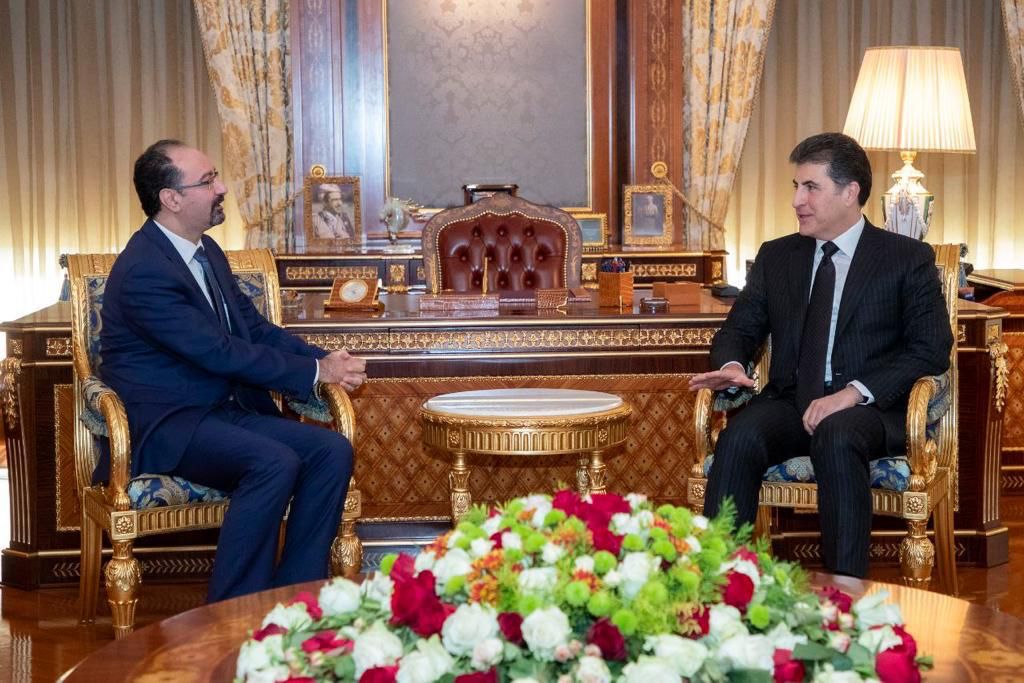 The Kurdish Presidency said the two sides discussed; the Iraqi elections, efforts to form the next federal government, the Covid-19 epidemic, the work and activities of the Jordanian community in the Kurdistan Region, and other issues of common interests.

According to a statement, "Barzani expressed his support for the work and tasks of the Jordanian General Consul, and renewed Kurdistan’s thanks and gratitude for the continuous support of His Majesty King Abdullah II, King of Jordan."

For his part, the Jordanian Consul General affirmed that he is looking forward to working with the institutions in Kurdistan.

The two sides agreed that the relations between the Region and Jordan are “historic” and will expand more.

President Barzani to discuss the security situation with the Peshmerga leaders