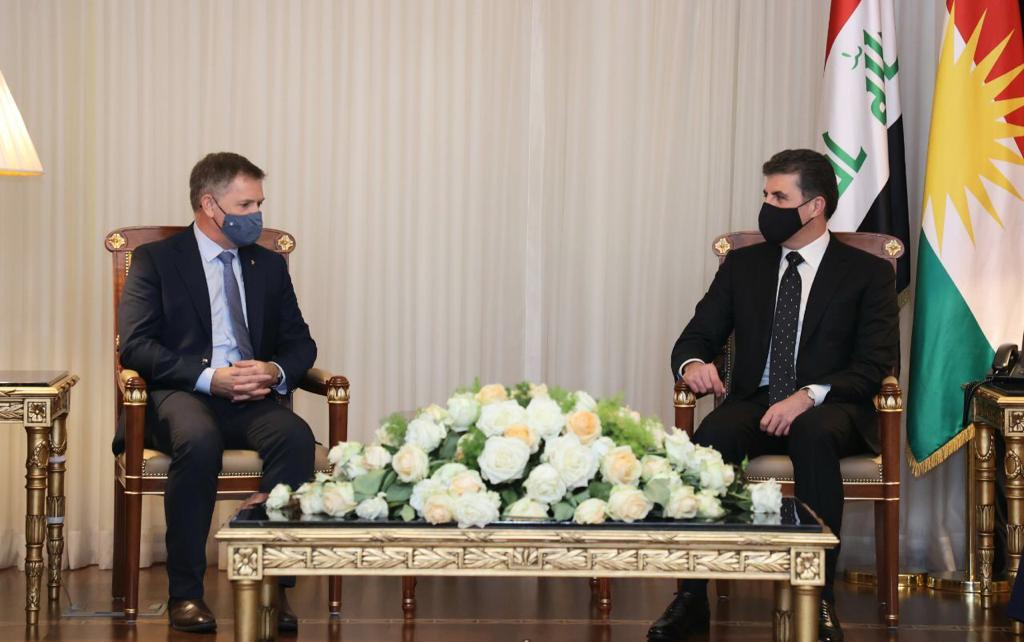 Shafaq News / Kurdistan’s President, Nechirvan Barzani discussed on Tuesday with a British delegation ways to strengthen the defense system in Iraq and Kurdistan.

A statement by the Presidency reported that Barzani received in Erbil the UK Chief of Defence Staff’s Senior Advisor to the Middle East and North Africa (DSAME), Air Marshall Sammy Sampson, the British ambassador to Iraq Stephen Hickey and the accompanying delegation.

They discussed the developments of the war against ISIS, and the role of the Global coalition in Iraq and the Region.

According to the statement, Barzani also discussed with the British delegation "the support and assistance of Britain and the Global Coalition to strengthen the Iraqi defense system, including Kurdistan, and ways to develop joint British military cooperation with Iraq and Kurdistan."

Barzani expressed his thanks for the British and Coalition role in supporting Iraq to defeat ISIS, and in training the Peshmerga as well as in contributing in reforming the Ministry of Peshmerga, stressing the need to continue its work until the end of ISIS.

In turn, the British delegation praised the role and sacrifices of the Peshmerga in the war against ISIS, as well as the importance of finding a mechanism for cooperation and coordination between the Iraqi army and the Peshmerga, with the support of the International Coalition, especially in the areas of security vacuums.