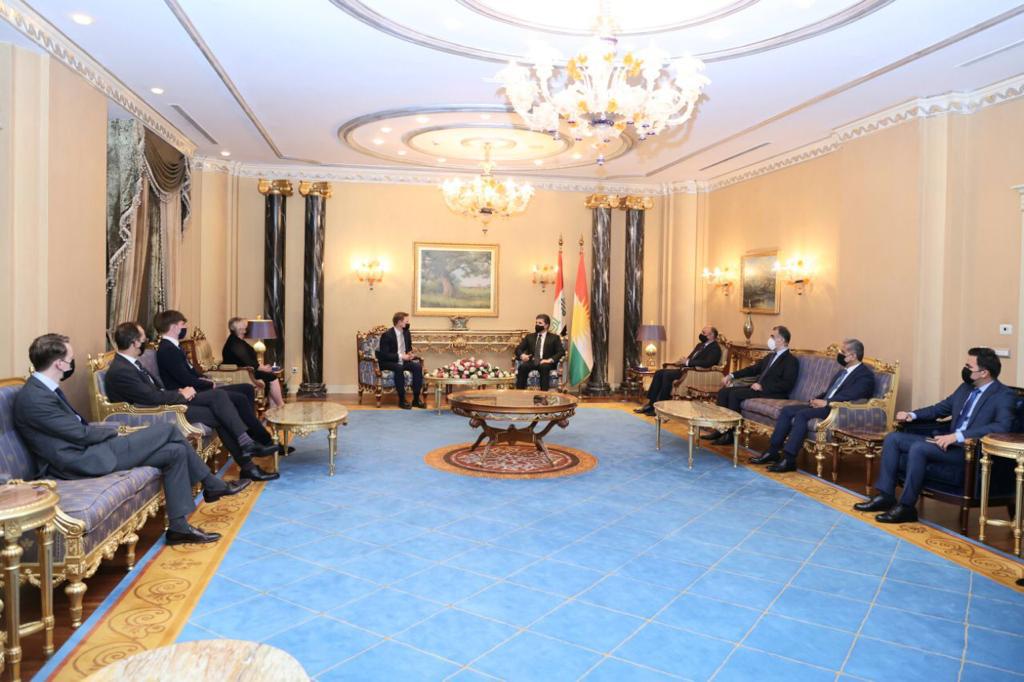 This came during a meeting with the British Ambassador to Iraq Stephen Hickey and his accompanied diplomatic and military delegation.

On the war against terrorism, the two sides discussed the return of ISIS and its risks to the stability of Iraq, the relations of Iraq and the Kurdistan Region with Britain, the recent visit of Barzani to Baghdad, and the development of relations between Erbil and Baghdad.

The statement also indicated that the meeting also discussed the efforts of Kurdistan Presidency to achieve unity of ranks among the political parties, the Iraqi upcoming elections, the role of the international community in solving Iraq's problems, empowering state institutions, benefiting from international support, the Iraqi economic situation, the Covid-19 pandemic, and the conditions of displaced persons and refugees.

Barzani also praised the role of the Global coalition in supporting Iraq and the Region against terrorism, stressing the need to continue coordination and cooperation between Erbil and Baghdad with the coalition.

Barzani stressed that “after all those years, the time has come when a common vision must be developed by the Iraqi parties to improve the conditions of Iraqi citizens.”

The statement indicated that British delegation expressed concern about the attacks launched on the Kurdistan Region, especially the city of Erbil, and strongly condemned them.

Nechirvan Barzani to U. S. embassy attaché: Resuming the strategic dialogue is an important step