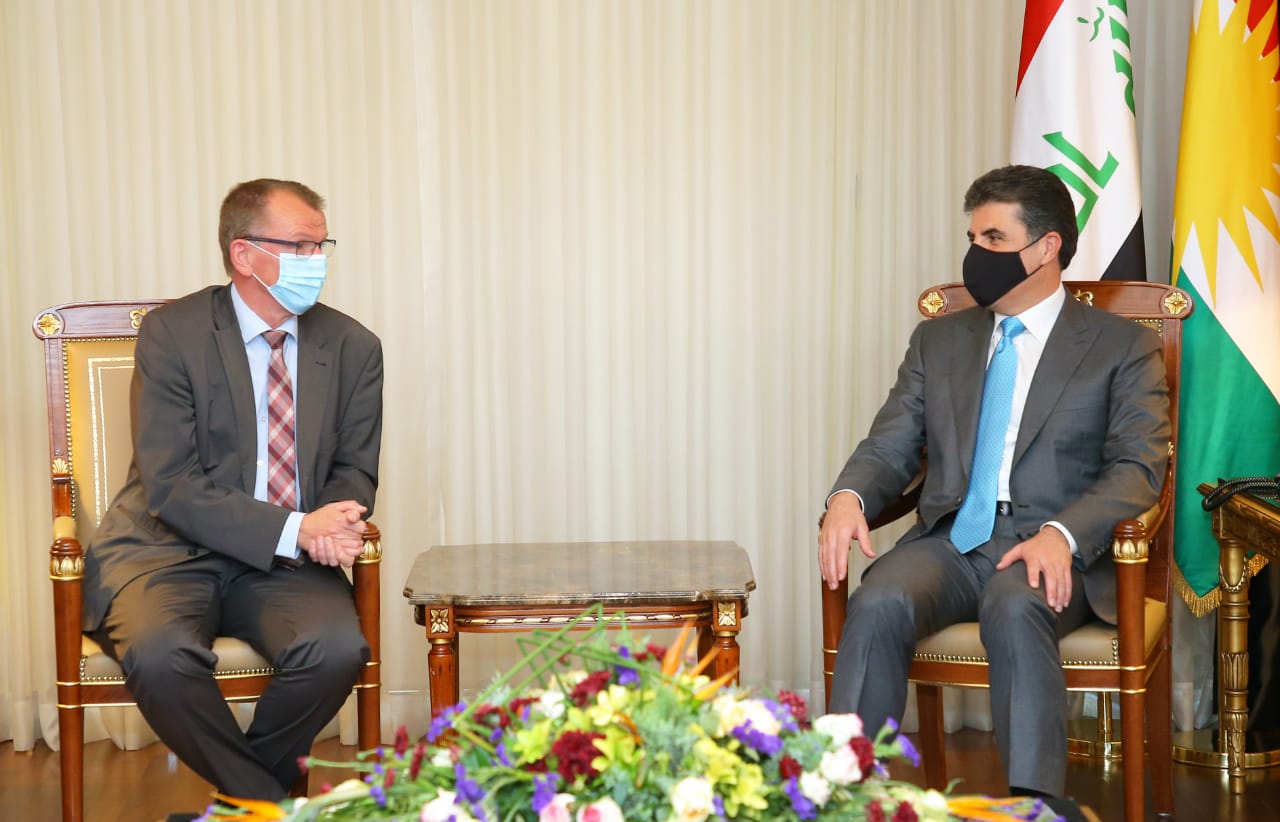 Shafaq News / Kurdistan’s President, Nechirvan Barzani, received, on Wednesday, the German Ambassador to Iraq, Ole Diehl, on the end of his term in office.

According to a statement, the meeting addressed several issues, most notably “The situation in Kurdistan and Iraq, freedoms and human rights issue, the upcoming Iraqi elections, confronting ISIS, and other issues of common interests.”

According to the statement, the Kurdish President thanked the German ambassador for his efforts in strengthening Germany's relations with Iraq and the Kurdistan Region, wishing him success in his new duties.

In turn, the German ambassador expressed appreciation for Kurdistan’s cooperation with the German embassy, wishing for further development in relations, cooperation between his country, Iraq and the Region.