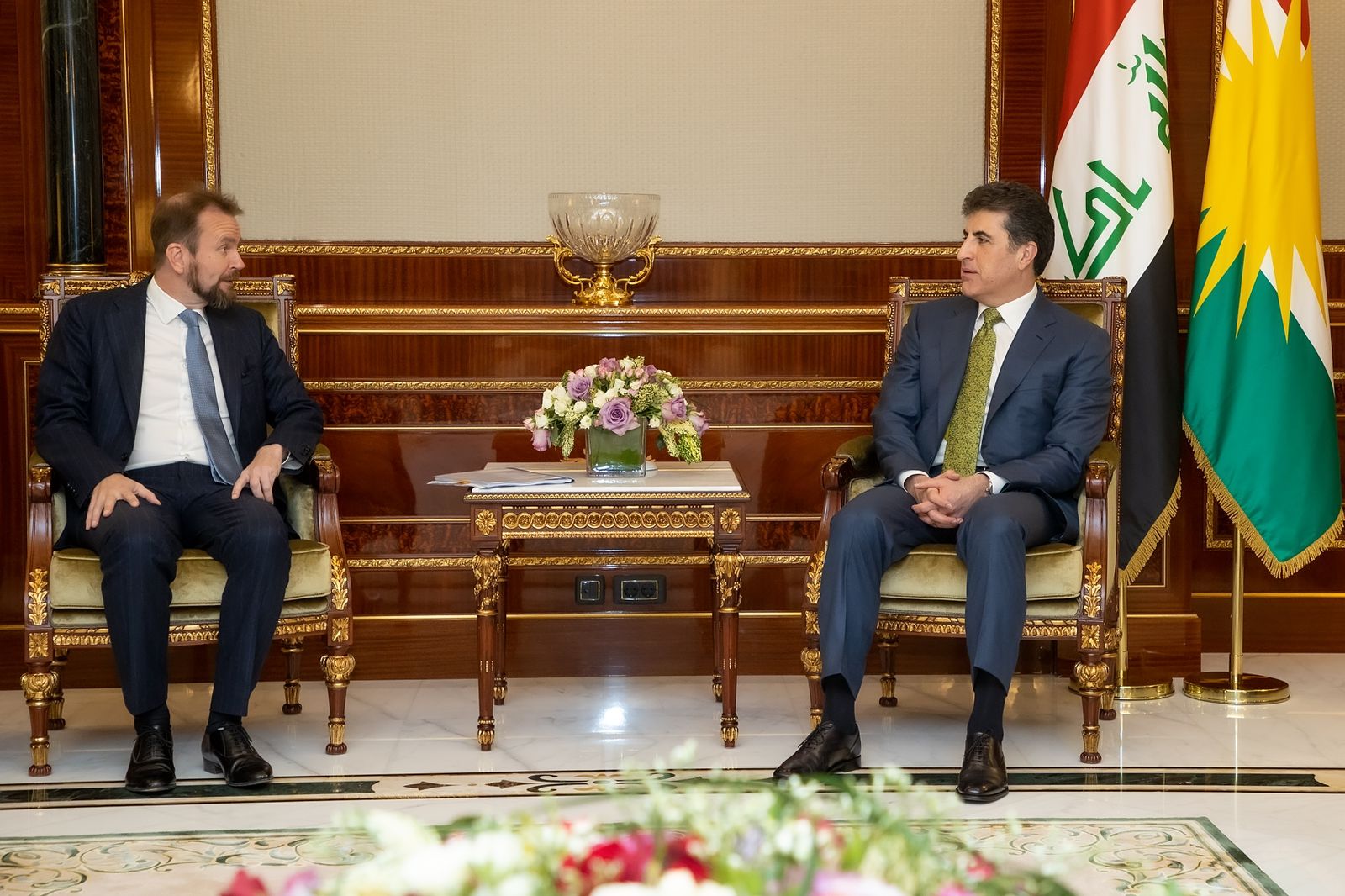 In a statement, the Kurdish Presidency said that Barzani met with Ville Varjola, the EU Ambassador to Iraq, and Anne Meskanen, the head of the European Union's advisory Mission and interim in Iraq.

Both sides discussed the latest developments in the Iraqi political arena, efforts to form the next Iraqi government, the missile attack on Erbil, the role of the European Union in various sectors in Iraq and the Kurdistan Region, ways of cooperation in multiple fields, the immigrants' issue, the war in Ukraine, and other issues of common interests.

Varjola briefed the EU Mission work in Iraq and the Region, expressing the desire of the European Union to keep on "strengthening relations with Iraq and Kurdistan and helping them empower them in reconstruction, the investment and the banking system sectors."

For her part, the head of the European Union's advisory Mission and interim expressed full readiness of the Mission to provide support and assistance to Iraq and the Region and for Kurdistan to benefit from the EU Mission program.

Meskanen said that EU Mission is ready to work in the civil field related to organized crimes, illegal immigration, Archeology protection, crisis management, gender equality, the judiciary, and other areas.

In turn, President Barzani appreciated the EU condemnation of the missile attack on Erbil, stressing the importance, readiness, and role of the European Union in Iraq and the Kurdistan Region, that "can help in various fields, especially in the areas of democracy, human rights, reform, and the judiciary, and other areas in the present and the future."

On Sunday, Tehran hit a dozen ballistic missiles on Erbil, which came down near a new U.S. consulate building.

No causalities were recorded, but the attack caused severe damage to a house and the building of Kurdistan 24.

The EU strongly condemns the attacks, saying "there is no justification for such an act of violence against the territory of a sovereign country."

Barzani meets with the Kurdish minister in the British government