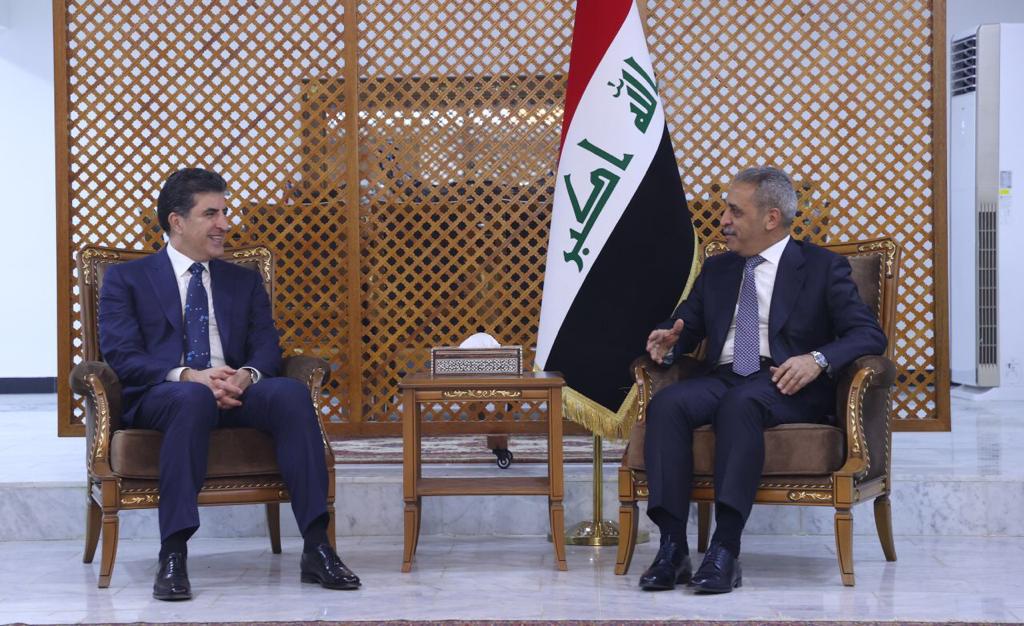 Shafaq News / Kurdistan’s President Nechirvan Barzani met with the President of the Supreme Judicial Council, Judge Faiq Zaidan and a number of judges and heads of courts.

A statement by the Region’s presidency said Barzani praised the efforts and positive role of Zaidan in addressing the issue of amending the Federal Court’s law and re-establishing it.

The two sides stressed the importance of cooperation between the federal judicial institutions and Kurdistan.

For its part, the Supreme Judicial Council confirmed in a statement that both sides discussed ways of developing the courts ‘work in the Region, and the necessity of coordination in pursuing those who violate the law.