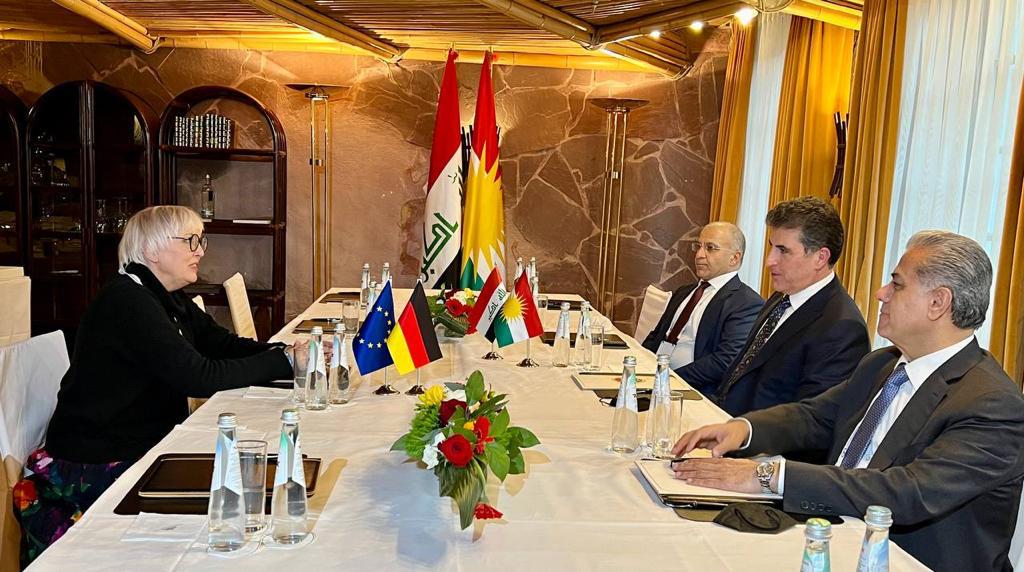 Shafaq News/ On Saturday, the Kurdish President, Nechirvan Barzani, met with German officials on the sidelines of the Munich Security Conference in Germany.

According to a statement, Barzani met separately with Germany's Government Commissioner for Culture and Media, Claudia Roth, Parliamentary State Secretary to the Federal Minister for Economic Cooperation and Development, Niels Annen, and Minister of State of the Ministry of Defense Thomas Hechler.

During the meeting, they discussed the Iraqi political situation, the return of the displaced, the threats and risks of the return of ISIS, the internal conditions of the Kurdistan Region, and the issue of immigration and migrants.

Minister Roth provided an overview of the German government's program in culture and expressed her country's readiness to cooperate in various cultural fields with the Kurdistan Region, referring to a German-French joint project in the Erbil Citadel.

The Kurdish President thanked the German government and Ms. Roth as "a friend of the Kurdish people," supporting the Region.

He stressed "the need for continued cooperation to eliminate ISIS," emphasizing the need for Germany's support and assistance in developing the infrastructure and the Kurdish institurions.

According to the statement, the German officials also said they are looking forward to strengthening ties further and expanding cooperation areas between Kurdistan.

On Friday, a high-level Kurdish delegation arrived in Germany to participate in the annual Munich Security Conference from February 18 to 20.

On the sidelines of the conference, the Kurdish officials held meetings with many world leaders and high-level officials.