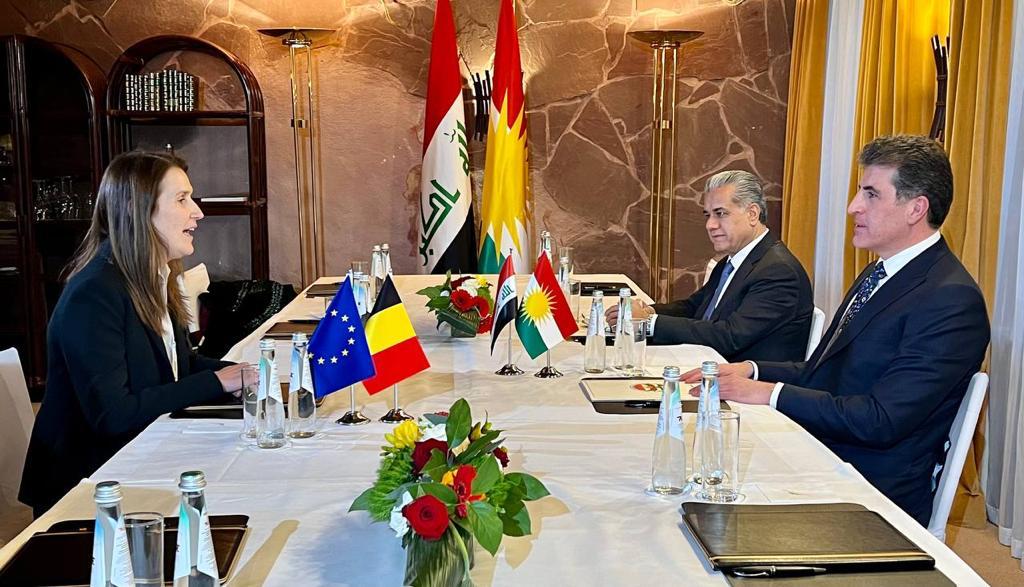 Shafaq News/ On Saturday, Continuing his meetings in Germany on the sidelines of the Munich Security Conference, President Nechirvan Barzani met with the Belgian Deputy Prime Minister and Minister of Foreign Affairs Sophie Wilmès.

During the meeting, both sides discussed the repercussions of the ISIS war, the situation in the al-Hol camp in Syria, the situation of Yazidis victims and kidnapped, and other issues of common interests.

The two sides stressed the necessity of "having a comprehensive program about the culture of tolerance, coexistence, and openness to religions and nationalities, especially by education."

President Barzani meets with the co-leader of the Greens