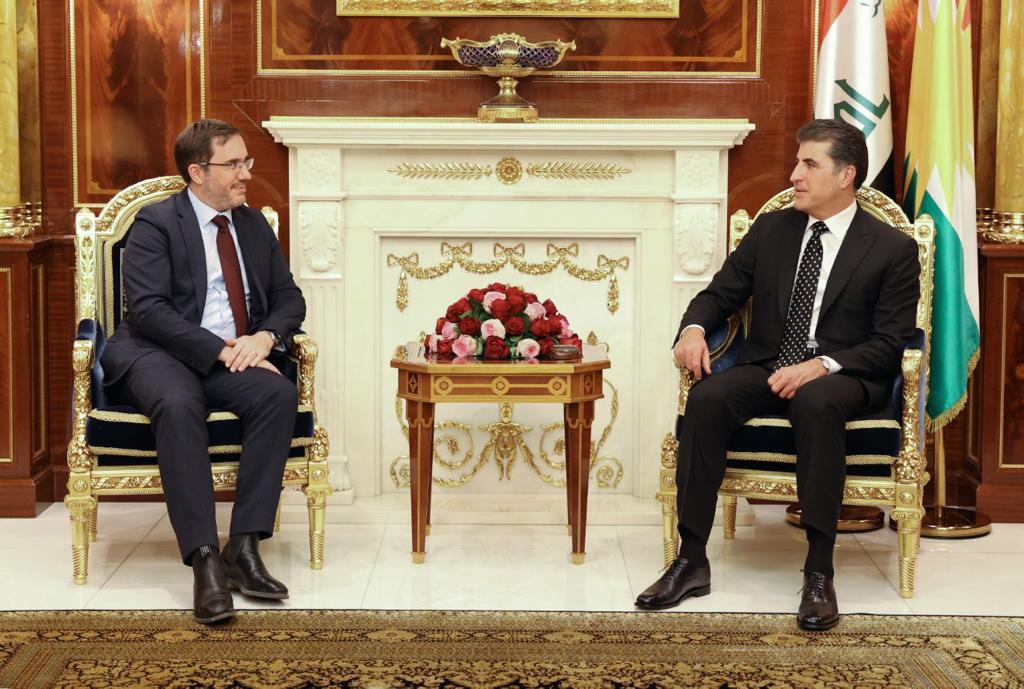 The meeting was attended by the British Consul General in Kurdistan and a British political and military delegation.

A statement by the Region's presidency said that Barzani welcomed the new British ambassador, wishing him success in his new mission in Iraq.

Barzani also renewed Kurdistan’s support for Richardson to success in his duties.

The statement added that the two sides "discussed the development of relations of Iraq and the Kurdistan Region with Britain, ways of expanding areas of cooperation and partnership between them, the upcoming Iraqi elections, the security situation, the threats of terrorism, ISIS operations, the tasks of the Global Coalition, coordination between the Peshmerga and the Iraqi army in confronting terrorists, the Covid-19 epidemic.

The statement added that the two sides expressed” desire to develop relations between the Kurdistan and Britain, including job and investment opportunities for the private sector and British companies in Iraq and the Region."

The statement indicated that they also discussed "the internal conditions of the Region, the strategic dialogue between Iraq and the United States, the relations of the Kurdistan Region with neighboring countries, the Syrian file, the latest developments in the region in general.