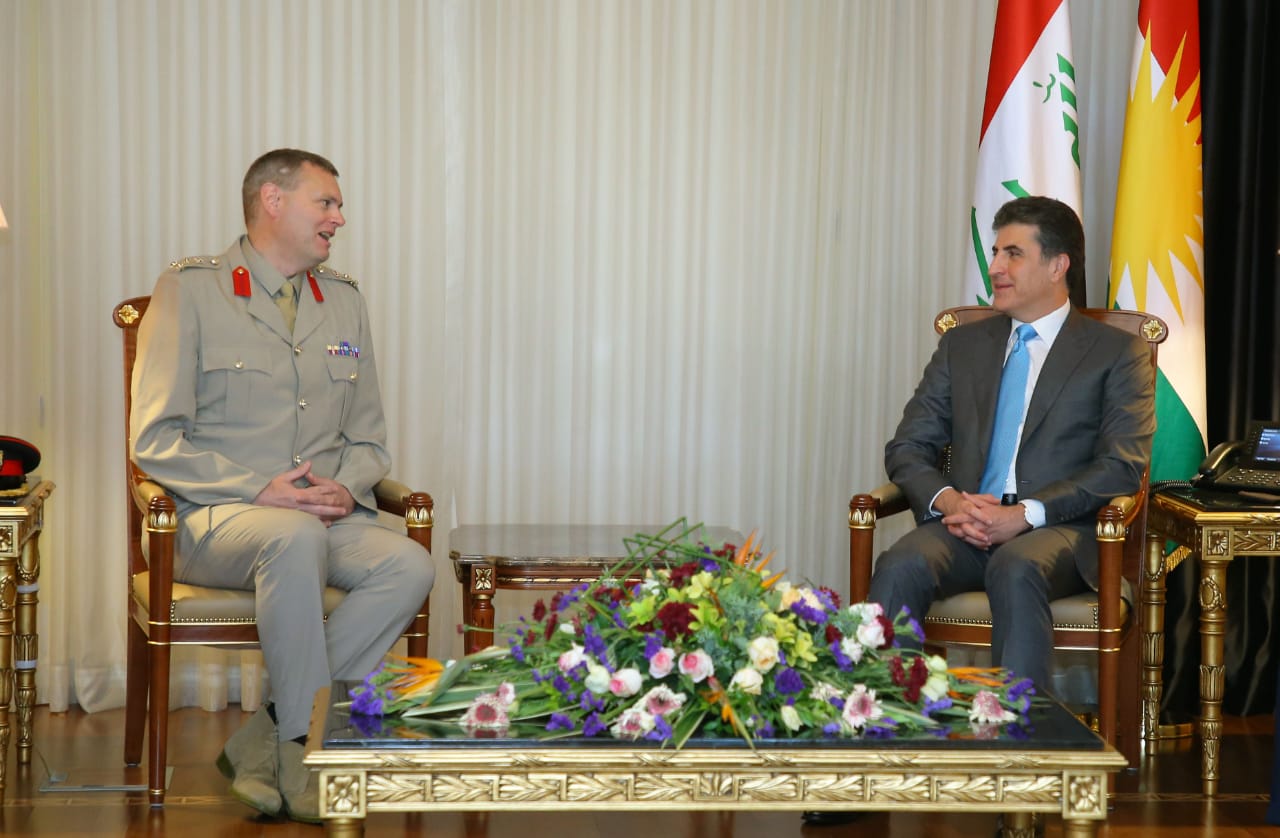 The Region’s presidency said in a statement, Barzani congratulated the new Deputy Commanding General of the Combined Joint Task Force - Operation Inherent Resolve, part of the Global Coalition against Daesh), Brig. Richard Bell, wishing him success in his mission.

According to the statement, Barzani expressed the Region's readiness to continue cooperation and coordination with the Global Coalition forces to confront ISIS, reiterating that defeating the terrorism needs military and intellectually efforts.

For his part, the new Global Coalition leader praised the role of Kurdistan and Peshmerga in defeating ISIS, stressing the need to dry out its financial sources, and the necessity of intelligence coordination among the Peshmerga forces, the Iraqi army and the Coalition forces to completely eliminate the terrorist Organization.

The statement added that the two sides agreed on the importance of the formation of the Center for Joint Cooperation and Coordination between the Peshmerga and the Iraqi Army, especially in the areas with security vacuums.

Nechirvan Barzani to U. S. embassy attaché: Resuming the strategic dialogue is an important step