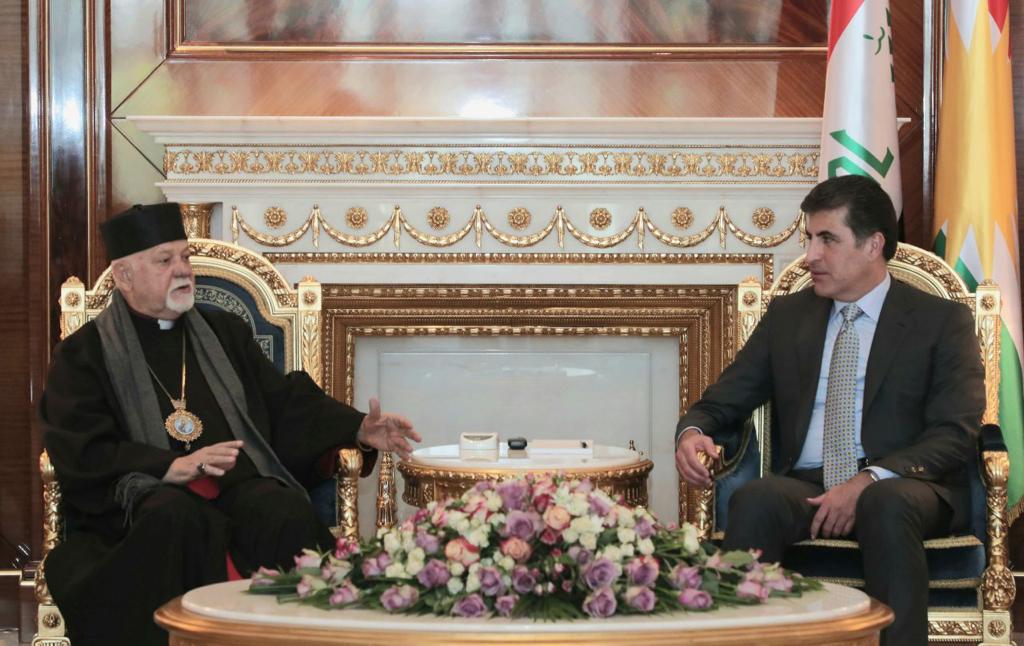 The Kurdish Presidency said in a statement, both sides discussed the situation of the Armenian community and Christians in Iraq and the Kurdistan Region, the importance of the participation of all components of Iraq in the administrative and political process fields, the conditions of churches, and the protection of their privacy and rights, the dangers of ISIS, and the upcoming Iraqi elections.

On the living conditions of the Armenians of Kurdistan, who are located in Zakho district in great numbers, His Eminence Asadourian stressed the necessity to protect them, especially on the security level that caused the departure of the Iraqi Armenians to the diaspora.

According to the statement, Asadourian praised the culture of acceptance, coexistence, cohesion, and tolerance in the Kurdistan Region.

It is noteworthy that with the outbreak of civil war that followed the toppling of the Hussein regime, Armenians faced the same targeting as other Christian groups. Many Armenians have left Iraq due to violence, harassment, and economic decline. A large number have sought refuge in Armenia or among the Armenian diaspora in other countries – either to settle down or wait until the situation in Iraq gets better.

As Christians, Armenians have also found themselves targeted in the recent insurgency by extremist ISIS forces. Following the advance of the group in 2014, many Armenian villages in Northern Iraq feared they would-be attack. In response, the Armenian village of Hawresk, west of Dohuk, established its own military force to defend itself from ISIS. Minorityrights.org reported.

Many displaced Armenians have settled in the relatively safer Iraqi Kurdistan region in recent years. The Constitution of the Kurdistan region recognizes Armenians as an ethnic component, provides the right to mother-tongue education in the Armenian language, and reserves one seat in parliament for Armenians. There are at least two Armenian schools and five churches in the region.