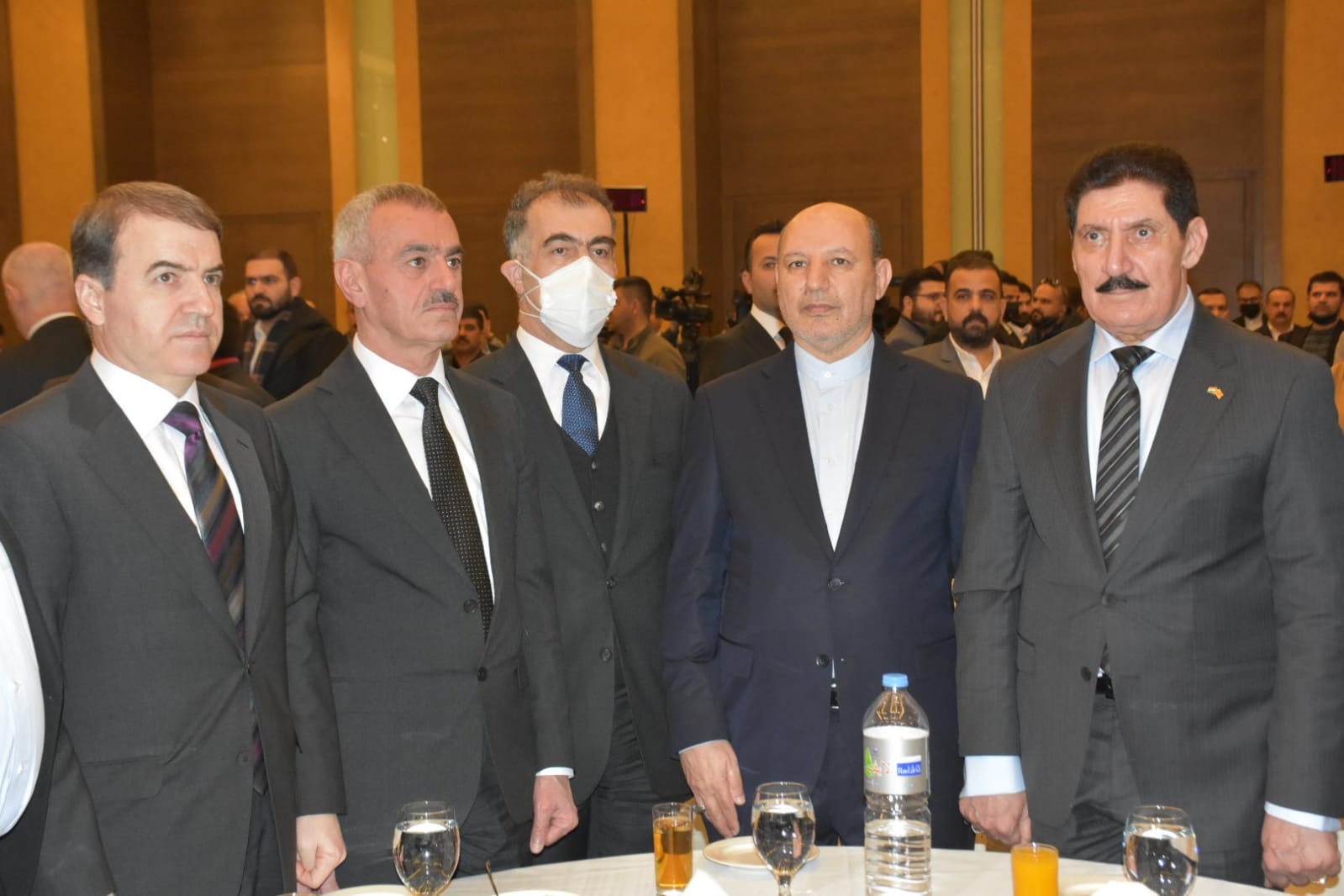 Shafaq News/ The President of Kurdistan Region, Nechirvan Barzani, congratulated Iran on the 43rd anniversary of the Iranian revolution, sending his deputy, Mustafa Sayed Qadir, to attend a ceremony held by the Iranian Consulate General in Erbil on this occasion.

A statement by the Kurdish Presidency said that the Vice President of the Region delivered the Iranian Consul General in Erbil, Nasrollah Rashnoudi, a letter from Barzani to the Iranian President Ibrahim Raisi.

The statement added that the Kurdish President offered congratulations on the anniversary of the 1979 Islamic Revolution and the Iranian National Day expressing the desire of Kurdistan to boost long-standing and friendly relations with Tehran and to develop cooperation and partnership in various fields.

Yesterday, The Iranian Embassy in Baghdad held a ceremony on this occasion in the presence of Iraqi politicians and diplomatic missions.