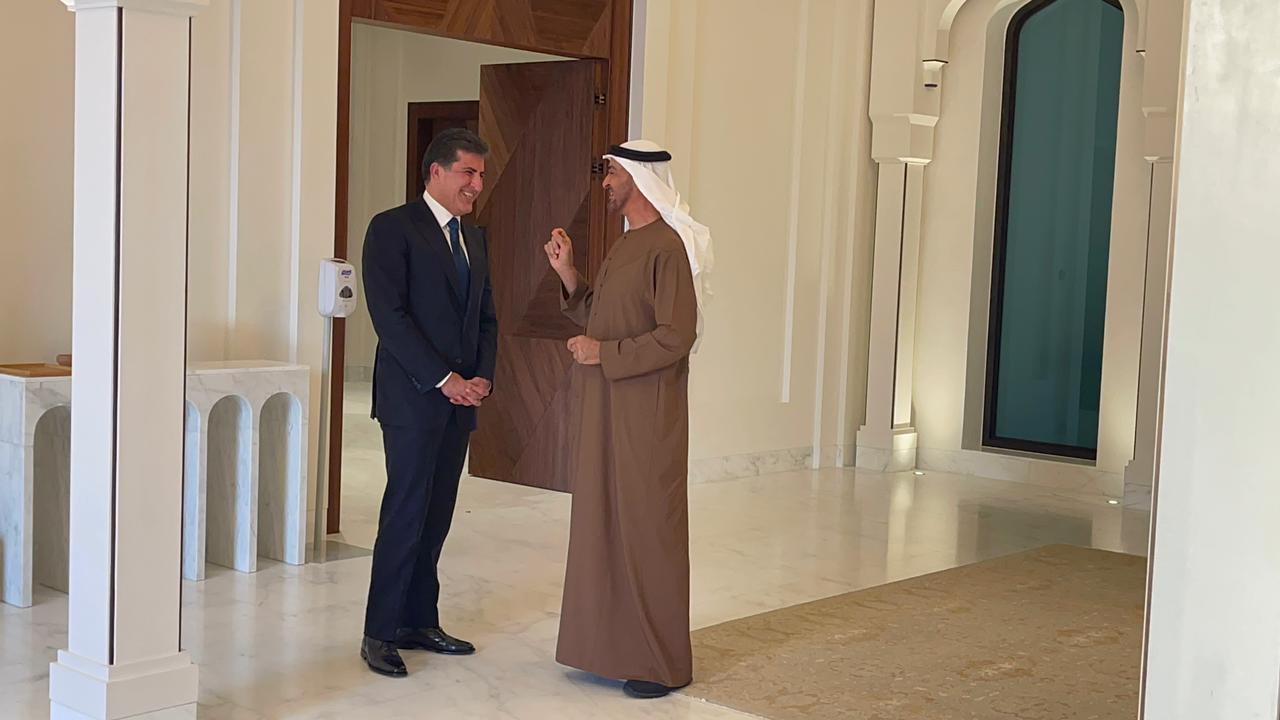 Shafaq News/ The President of Kurdistan concluded on Saturday his official one-day visit to the United Arab Emirates.

“It was an honor to meet Sheikh Mohamed Bin Zayed today in Abu Dhabi, where we discussed further strengthening bilateral ties and cooperation, regional peace and other issues of mutual interest. I thanked UAE’s leadership for their continued support to the Kurdistan Region and Iraq. Barzani said on Twitter.

This is the second visit of the Kurdish President since he assumed his position. President Barzani's visit comes upon the invitation of the Crown Prince of Abu Dhabi.