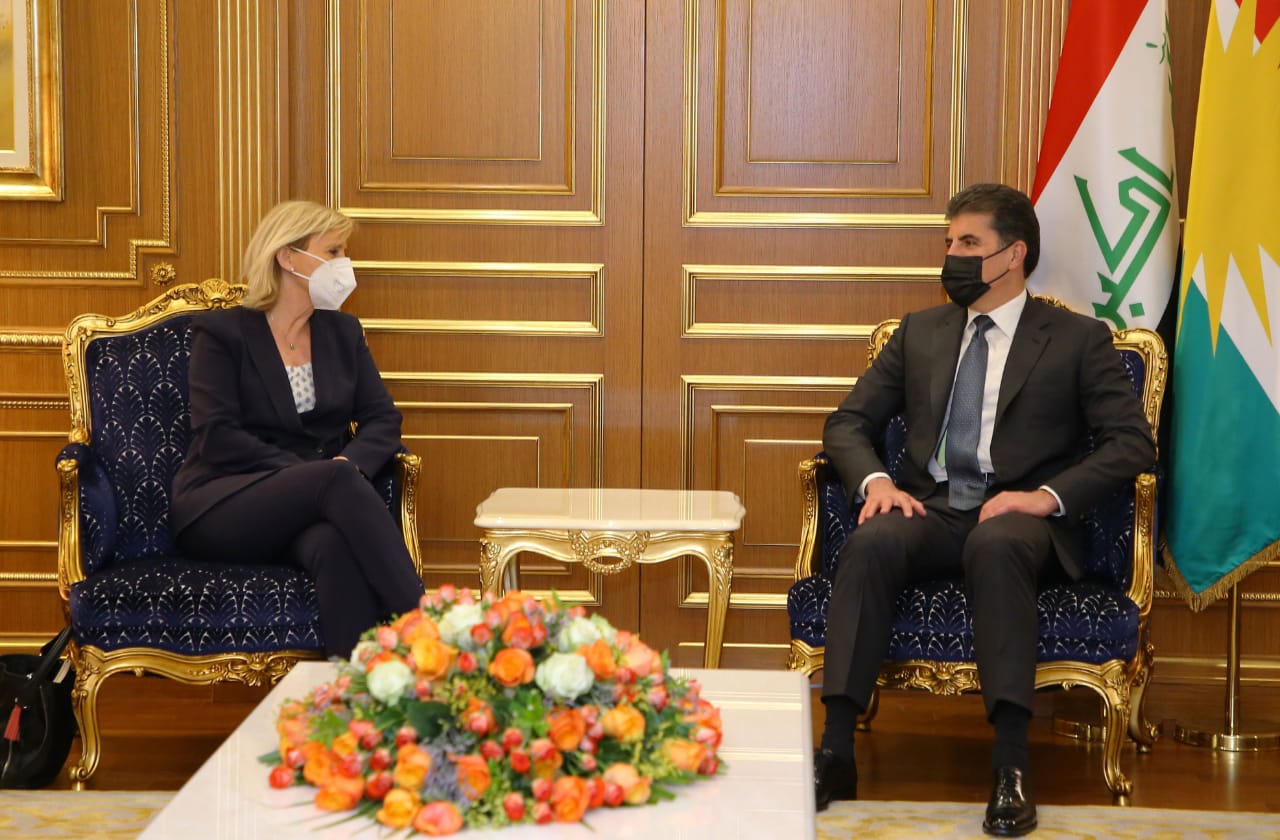 During the meeting, President Barzani expressed the appreciation of the people of Kurdistan to France, which “in difficult times always provides humanitarian, political and military support,” as well as to the French President Emmanuel Macron for “his attempts and role in addressing problems and working to stabilize the security of Iraq.”

For its part, the French delegation offered thanks for the role of the Peshmerga and the Kurdistan Region in defeating ISIS and harboring a large number of displaced people, as well as in the peaceful coexistence that exists in the Region among all the components.

The French delegation emphasized that France appreciates the friendly relations with Kurdistan and value its role in the stability of Iraq and the region.

The two sides also discussed the latest security developments in Iraq and the Kurdistan Region, the terrorist acts of ISIS, the role of the French forces and the International coalition in supporting Iraq and the Kurdistan Region in facing terrorism, ways to developing bilateral relations, Iraq's relations with other countries, the Iraqi upcoming elections, dialogues between Baghdad and Erbil, the Syrian situation, and other issue of common interest.