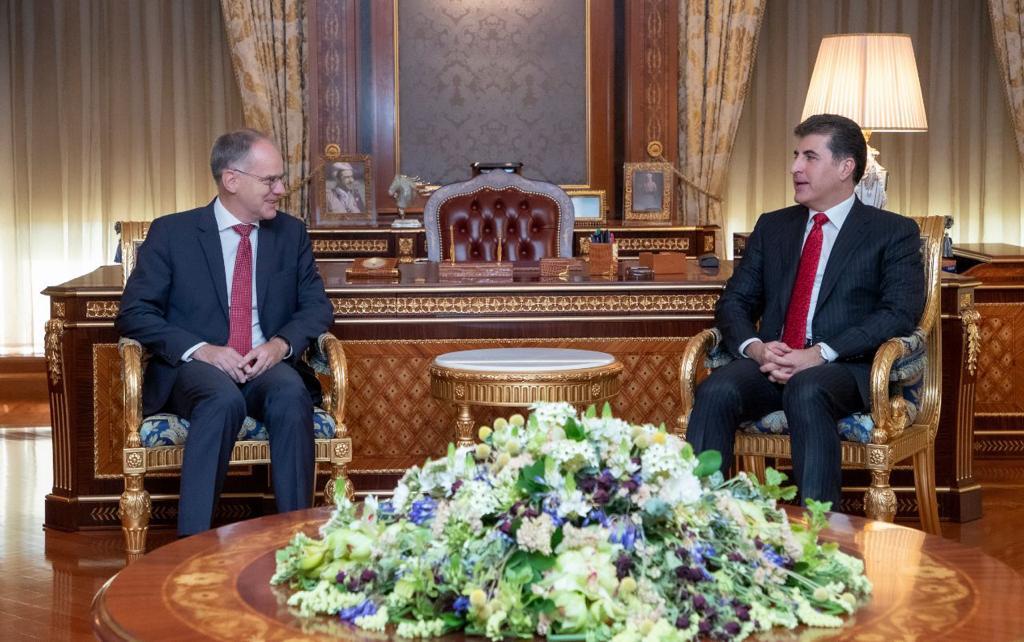 The Region’s Presidency said in a statement today that the two sides discussed the “historical friendship relations between Kurdistan and Austria, and the common desire to develop relations in all fields, particularly in trade exchange and Austrian investment opportunities in Kurdistan and Iraq.”

For his part, The Austrian Ambassador praised the developments in the Region and the role of the Peshmerga in defeating ISIS.

The two sides highlighted the outcomes of the Austrian trade delegation meetings, which are visiting Kurdistan with the Ambassador, hoping that this would be a step towards returning Austrian companies to the Region.

President Nechirvan Barzani also referred to Austria’s assistance, especially in the seventies of the last century, which was the first country “to open its doors to the Kurdish refugees.”

Both sides also discussed the COVID-19 epidemic, the war on terrorism and ISIS threats, Erbil-Baghdad relations, Iraq and the Kurdistan Region’s relations with neighboring countries, and other issues of common interests.