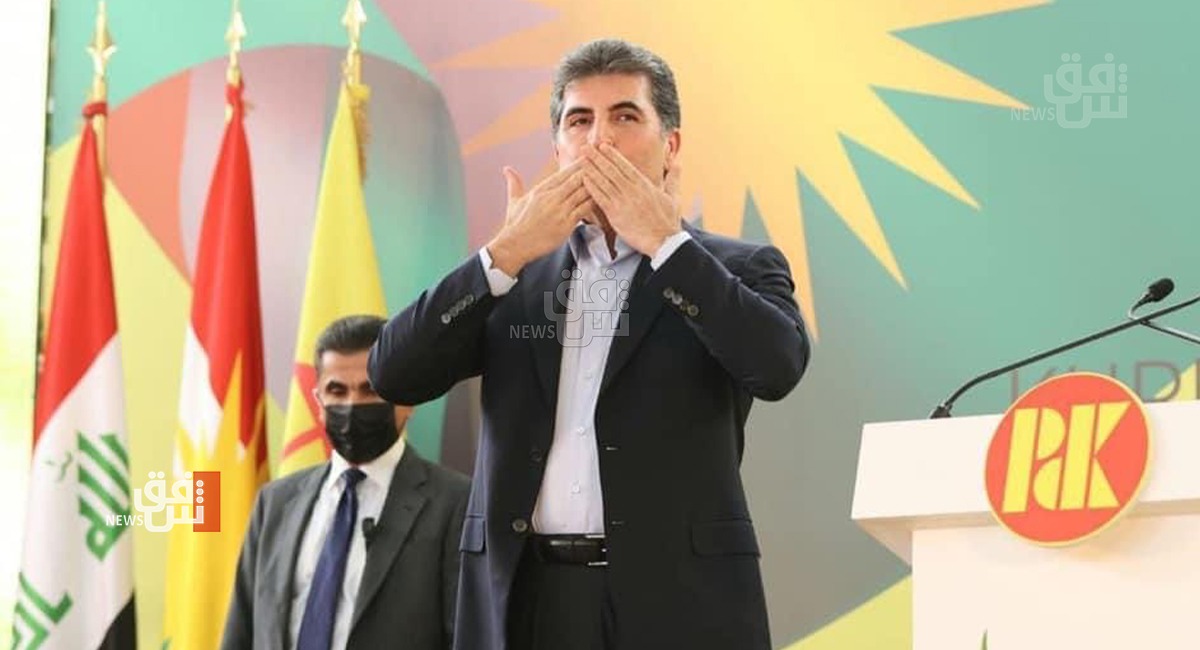 Shafaq News/ The President of Kurdistan Region, Nechirvan Barzani, considered that those "opposed applying Article 140 of the Constitution" are against the will of the majority of Iraqis.

Barzani, the deputy head of the Kurdistan Democratic Party, said at an electoral festival for the people of Kirkuk in Erbil, "Kirkuk people, your lands are subject to Arabization and being Kurdish and from Kirkuk is very difficult."

He addressed the people of Kirkuk, "We are all with you, in mind, thought and feelings. We are all Kirkuk."

"Our war was on the national identity of Kirkuk and its historical geography, as well as the rest of the areas cut off from the Kurdistan region, and we were never against any component…our demands were not for Kirkuk's oil, but rather for the identity of Kirkuk." The Kurdish President affirmed.

He said, "We do not want to fight a national war against the people of Kirkuk. On the contrary to all the previous regimes, we want to provide services and establish stability, security and achieve true coexistence among the components that live in this Governorate... We do not want, through the fighting, to resolve the fate of Kirkuk, but through Article 140 of the constitution, and this is a legitimate right because the Iraqi people, in 2005, voted on this article."

Kirkuk is one of the disputed area between Erbil and Baghdad covered by Article 140 of the Iraqi constitution.

Article 140 of Iraq's 2005 constitution calls for several steps to address the dispute over Kirkuk, a volatile mix of Kurds, Arabs, and Turkmen.