Kurdistan's PM to university students: we will work to solve your problems 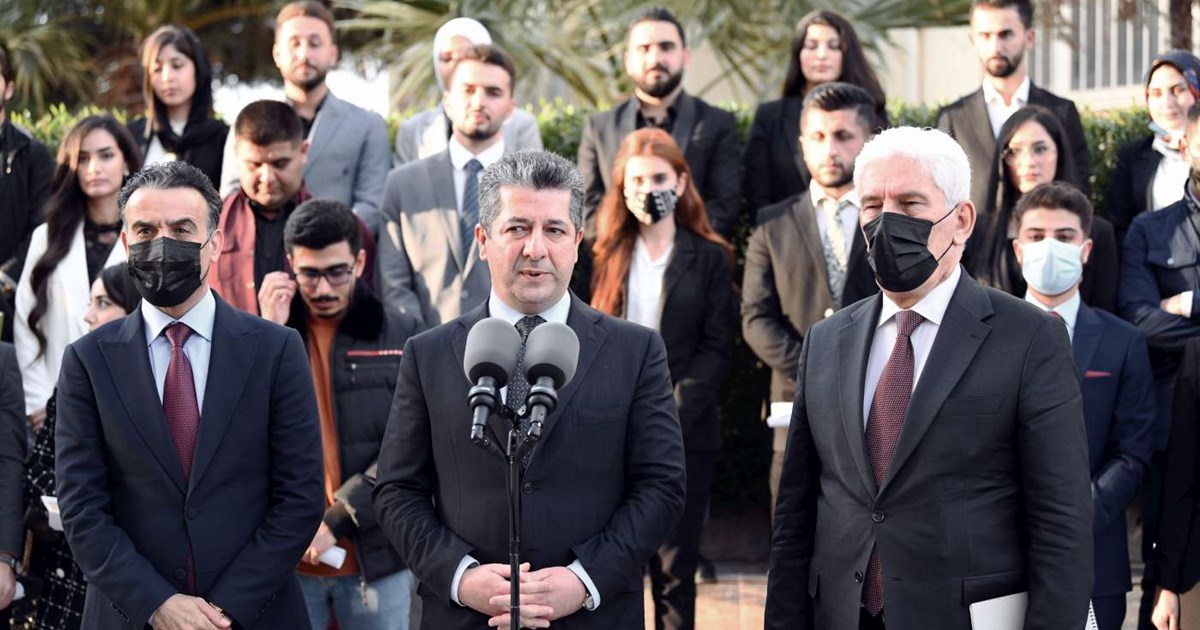 Shafaq News/Kurdistan's Prime Minister, Masrour Barzani, confirmed that government institutions are working hard to address students' problems and meet their needs, especially those in the internal departments of universities and institutes throughout the Kurdistan Region.

During his meeting with students of Kurdistan Universities, the prime minister said that the government is doing "its utmost to improve education and enhance its level."

He added, "Throughout history, Kurdistan has faced serious challenges and experienced successive crises and threats. We are a nation and people who have been betrayed, like all other nationalities and components that live in Kurdistan."

"Our main task is to preserve our experience and protect our entity... Problems are solved by listening to each other and sitting together, with dialogue and with a sense of responsibility."

Addressing the students, he added, "All your demands come to us, and we will work to solve your problems."

The Prime Minister stressed that turning the protests into chaos will not solve the problems but rather deepen the crisis and allow other parties to exploit the demands of the students.

He called on the students to demonstrate in "a peaceful and civilized manner and prevent those who want to intrude and disrupt public security for political agendas and goals."

The Prime Minister called on university and institute students to defend the rights and symbols of their country, affirming that the scholarship for students has been suspended since 2014 because the federal government did not send any dues to Kurdistan from 2014 to 2017; which "prompted us to borrow."

Last week, several cities and towns, especially Sulaymaniyah, witnessed protests by university and institute students. They demanded the re-disbursement of the financial grant and the improvement of the conditions of the internal departments.