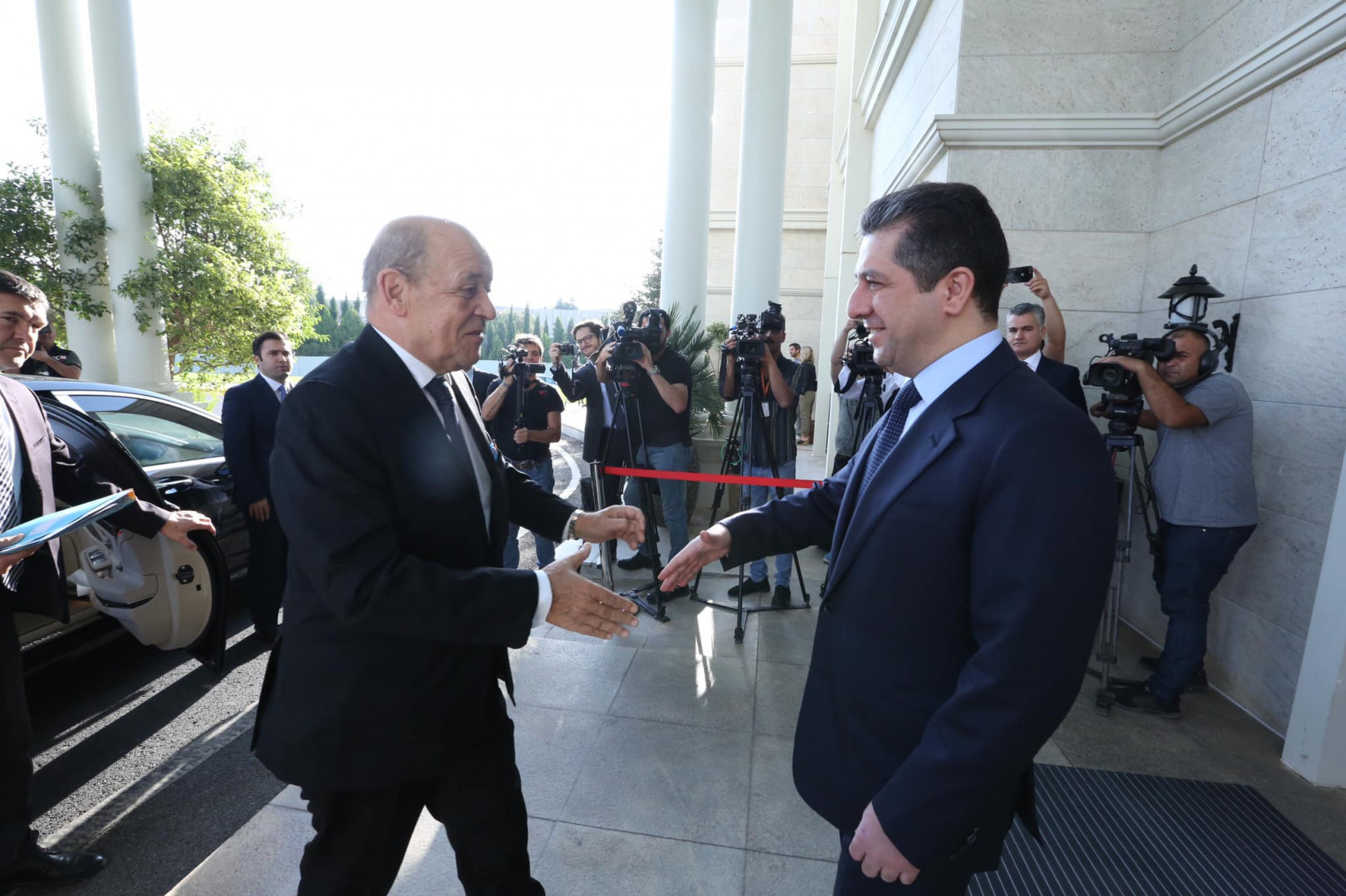 During the phone call, the two sides discussed the situation of migrants at the borders between Poland and Belarus and exchanged views on the participation and remaining of the United States in the Middle East.

Barzani and Le Drian described the issue of migrants as an “organized smuggling operation to fuel political conflict.”

The Kurdish PM pointed out that hundreds of migrants who were “victims of criminal networks in the Kurdistan Region, Iraq and beyond.” Had returned.

The Prime Minister expressed the Government’s willingness to assist in the voluntary return of migrants, urging the Frensh Minister to help provide relief to families stranded at the borders.

For his part, Foreign Minister Le Drian praised the measures taken by the Kurdistan Regional Government and the federal government to disrupt criminal networks.

He also thanked the Prime Minister for his follow-up and rapid intervention in coordination with officials in Baghdad and the European Union countries in the migrants file.

During the call, the two sides agreed that a French technical team from would visit Kurdistan and Baghdad to follow up on this issue and take the necessary additional measures.