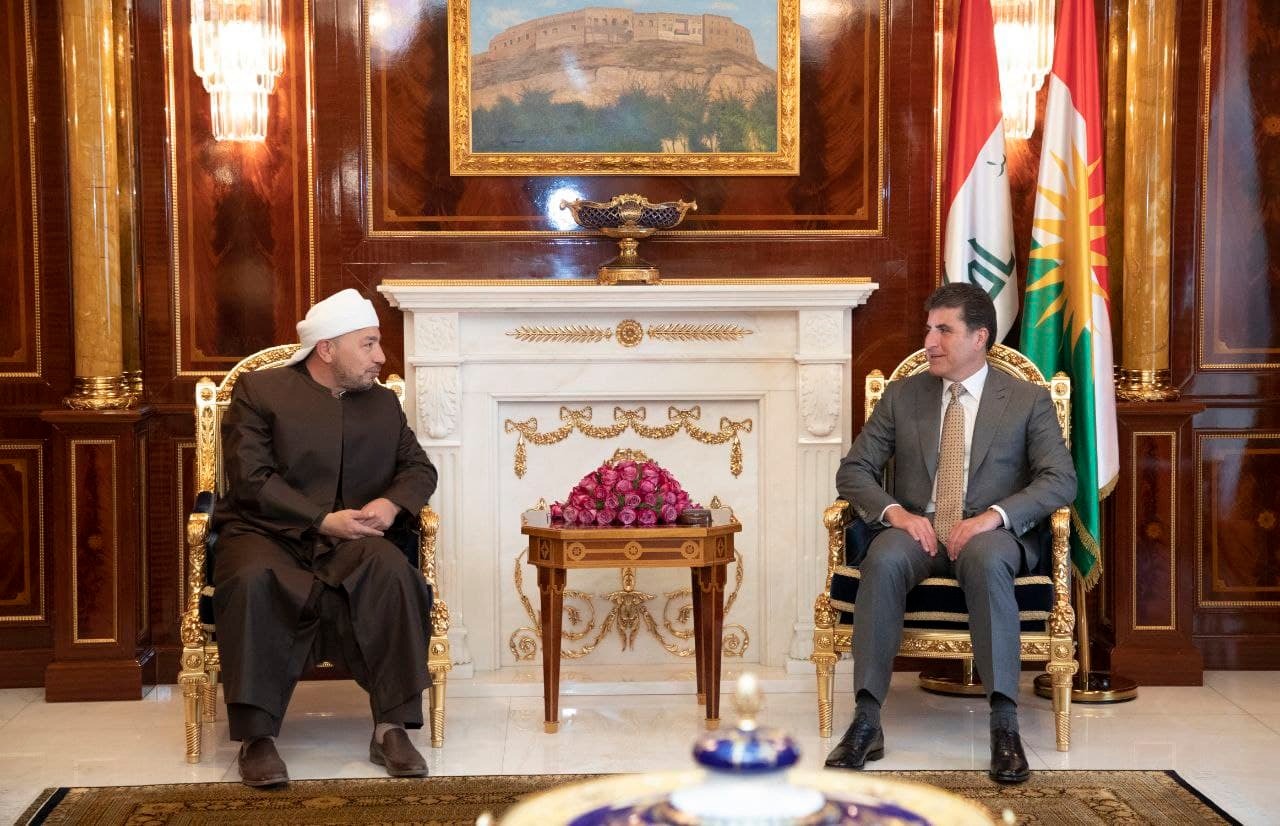 Shafaq News/ The President of Kurdistan, Nechirvan Barzani, received today, Tuesday, a delegation of the Islamic Clerics Union in the Region.

The meeting was attended by the Minister of Endowment in Kurdistan, according to a readout issued by the Region’s Presidency.

The meeting highlighted the role of the Cleric's Union in deepening the culture of coexistence, tolerance, and acceptance, and boosting the national spirit amongst the different communities in the Kurdistan Region.

The Union emphasized its support to the President's endeavors to establish the constitution and wished him success in his quest, calling for envisaging the Islamic legislature as one of the legislation sources without tampering with other religions' particularities and public freedom.

For his part, President Barzani appraised the role the Islamic Clerics can play in bolstering social foundations, tolerance, and eschewing violence and extremism.

The meeting touched upon the cooperation between the Ministry of Endowment and the Islamic Clerics Union in Kurdistan, the religious education, and the livelihoods of the Clerics in the Region.