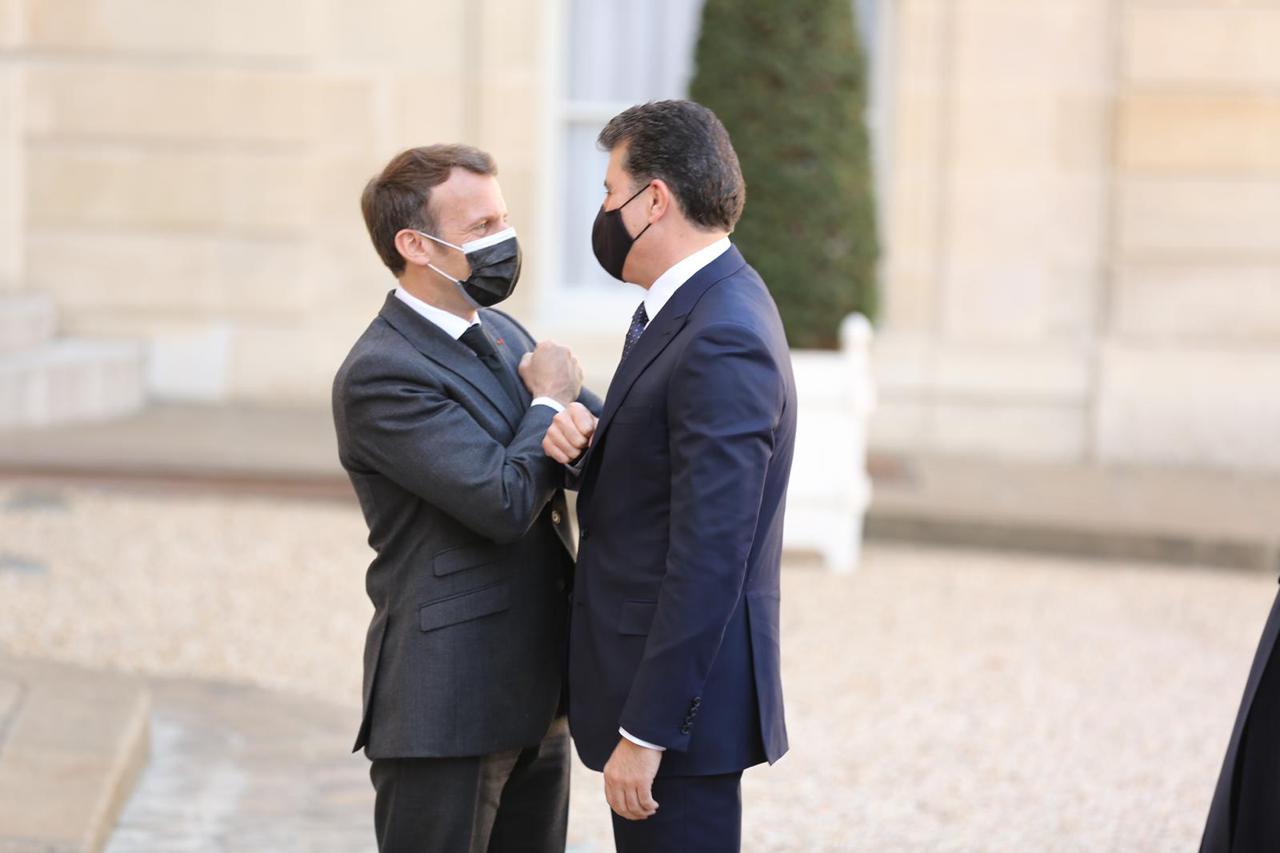 According to a statement by the Region's presidency, the two presidents will discuss ways to improve ties between Kurdistan- Iraq and France, the Covid-19 Pandemic, the terrorism and the tasks of the Global coalition, cooperation in defeating ISIS, as well as other topics of mutual interest.

It is expected that both president to hold a press conference by the end of the meeting.

Barzani had arrived in the French capital, Paris on Monday after receiving an official invitation from his French counterpart.

The Kurdish President headed a delegation that includes Fawzi Hariri, head of the regional presidency Diwan, and Falah Mustafa, the external relations advisor.

It’s noteworthy that France has been one of the main allies in the U.S.-led coalition fighting ISIS in Iraq, with its warplanes used to strike militant targets and its special forces on the ground coordinating with Kurdish and Iraqi Army fighters.

According to the Global Coalition official website, 1000 French soldiers and officers currently being part of the French military operation Chammal in Iraq and Syria.

France also allocated about €60 million to support stabilization and humanitarian actions since 2017, €20 million specifically earmarked for the city of Mosul following its liberation, and about 10,000 Iraqi soldiers and officers trained by France.

Nechirvan Barzani: Iraq's stability can only be achieved through cooperation and joint effort