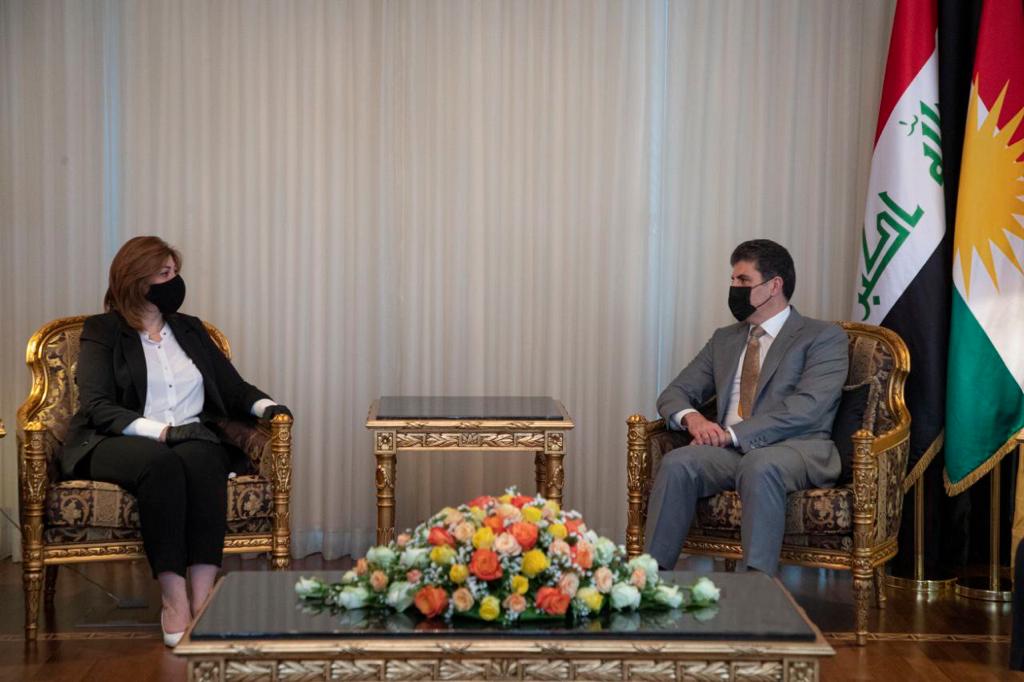 the Iraqi Minister of Migration and Displaced, Evan Faeq Jabro.

A statement issued by the region's presidency and received by Shafaq news agency said that during the meeting, both parties discussed the situation of the displaced and refugees in the camps of Kurdistan Region, the impact of COVID-19 and its preventive measures especially among the displaced and refugees, the actions of the Iraqi Ministry in the camps and its cooperation with the relevant authorities in Kurdistan.

The two sides stressed the importance of working to ensure security and stability, and preparing for the return of the displaced people to their homes, especially the Yazidis and Christians.

The statement emphasized the need of reconstruction of the war affected zone and providing job opportunities and services there; in addition to restoring confidence, as well as coexistence and tolerance between Different ethnic and religious groups.