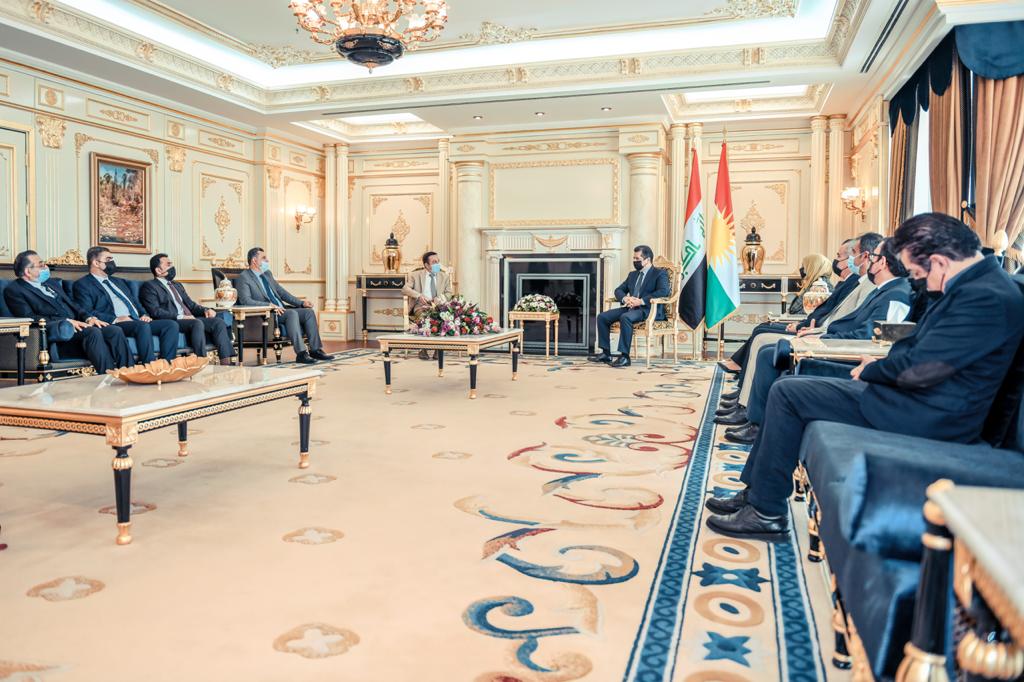 At the beginning of the meeting, the president of the Kurdistan Press Union, Azad Hamad Amin, and members of the Union Council presented an overview of the union's work and activities. They noted that although media has freedom in Kurdistan, but it needs to be further reorganized both legally and professionally to reduce media chaos, according to a governmental statement.

The Prime Minister reiterated his government's support to Kurdistan's journalists, highlighting their efforts in raising awareness of the community and helping the government in finding solutions and improving governance.

Barzani exhibited support for the freedom of the press in Kurdistan, saying that this is key to develop the community.

He added that Kurdistan does not allow in any means the exploitation of Journalism so that the Kurdish journalists could do their work professionally with no obstacles to serve the public interest and maintains national achievements.