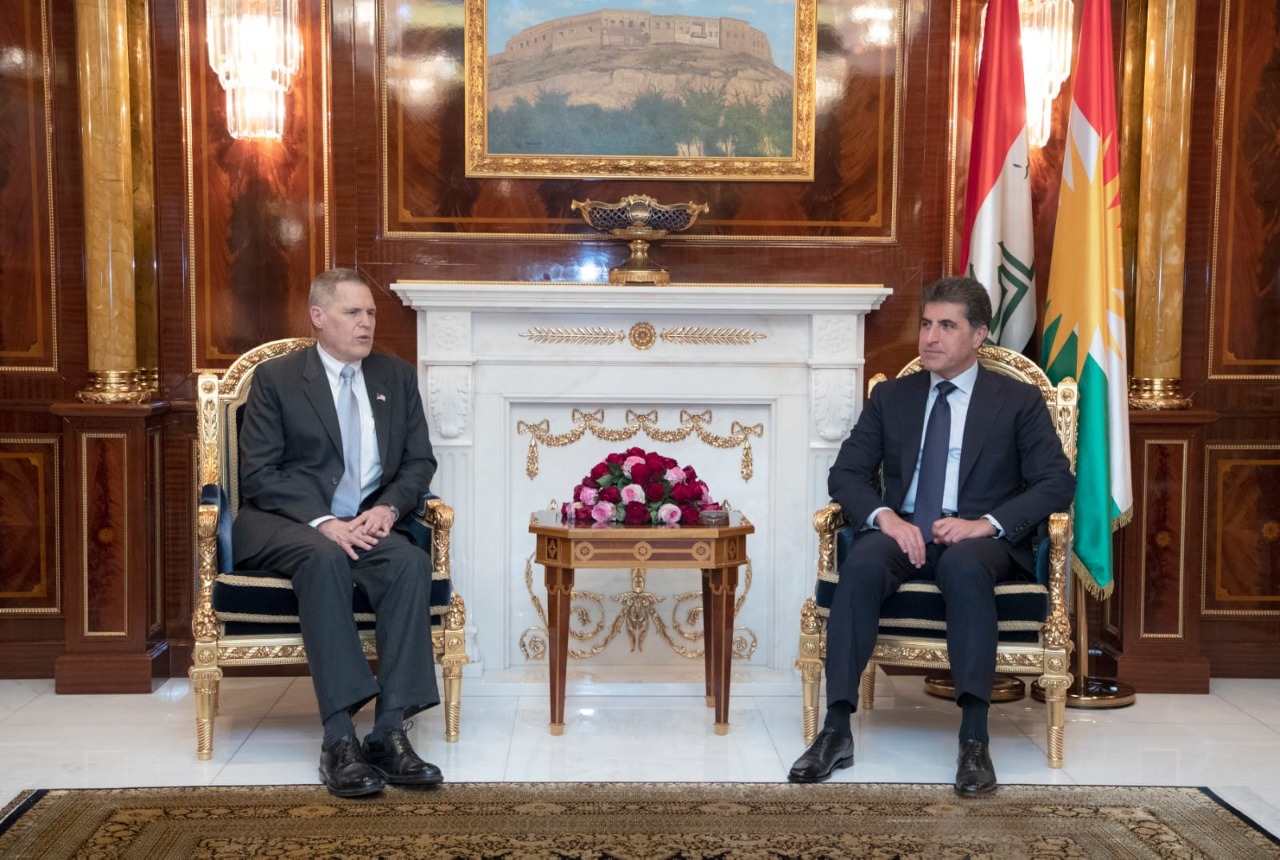 Discussions focused on Iraq-US strategic dialogue, the agreements between them and the future relations between the two countries. The latest developments in the Kurdistan Region and Iraq, the upcoming early elections and the political process in the country were highlighted. Discussions also covered the war on terror and confronting ISIS threats, the COVID-19 outbreak and the vaccination efforts in the country.

At the meeting, which was also attended by Mr. Robert Palladino, the US Consul General in Erbil, the active participation of the Kurdistan Region in the Iraq-US strategic dialogue was underlined. It was affirmed that US-Iraq relations need to be addressed within the framework of the strategic dialogue and on the basis of mutual interest.

President Nechirvan Barzani referred to the strategic dialogue as an important step to support Iraq not only in areas of defense and the military, but also culturally, economically and in education. The Ambassador reaffirmed his country’s commitment to continue supporting Iraq and the Kurdistan Region and pledged to continue partnership with Iraq’s army and the Peshmerga forces. The Ambassador stated that the US views Iraq as important to the stability of the wider region.