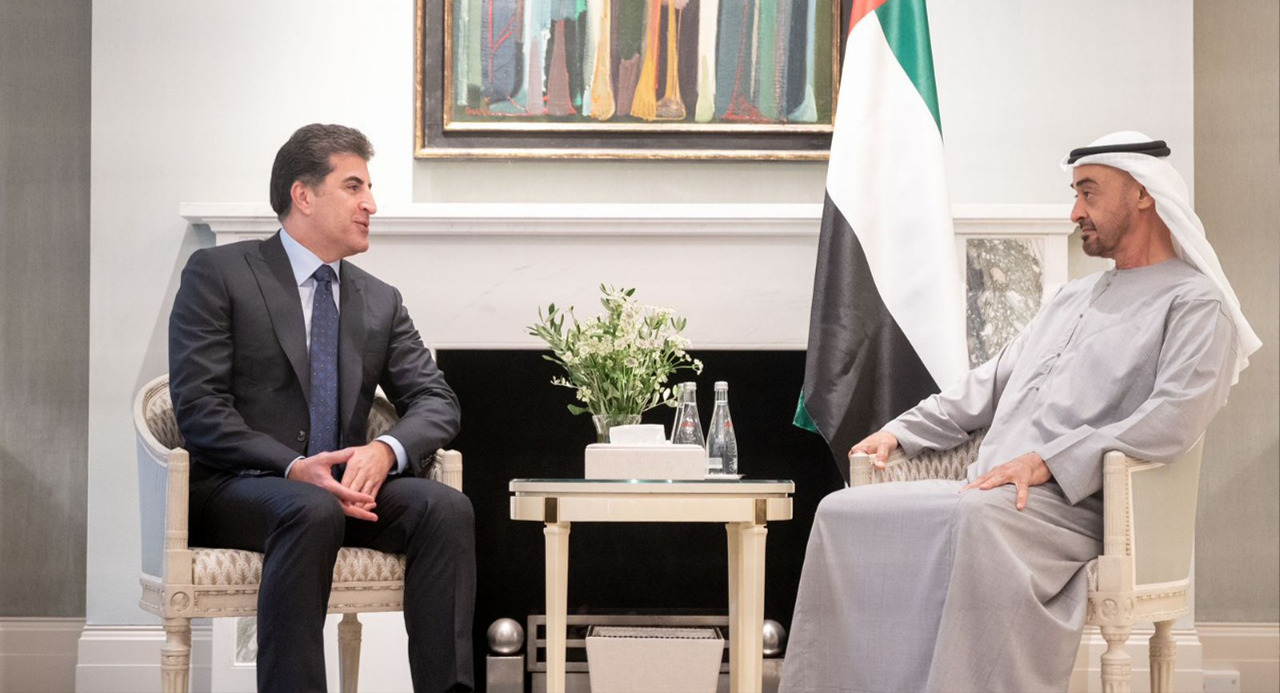 Shafaq News/ On the last day of his visit to the United Kingdom, Kurdistan Region President Nechirvan Barzani met with Sheikh Mohammed bin Zayed Al Nahyan, the Crown Prince of Abu Dhabi, Deputy Supreme Commander of the Armed Forces of the United Arab Emirates (UAE) and the Chairman of the Abu Dhabi Executive Council.

At the meeting, both sides discussed Iraq and the Kurdistan Region’s relations with the UAE, the political developments in Iraq, the upcoming elections and the political process in the country.

Discussions also covered their visit to the United Kingdom and their meeting with Prime Minister Boris Johnson, the latest developments in the wider region and other topics of mutual interest.

Strengthening bilateral relations and friendship in all areas, the importance of collective efforts to maintain stability and resolving differences and tensions in the region were reaffirmed.