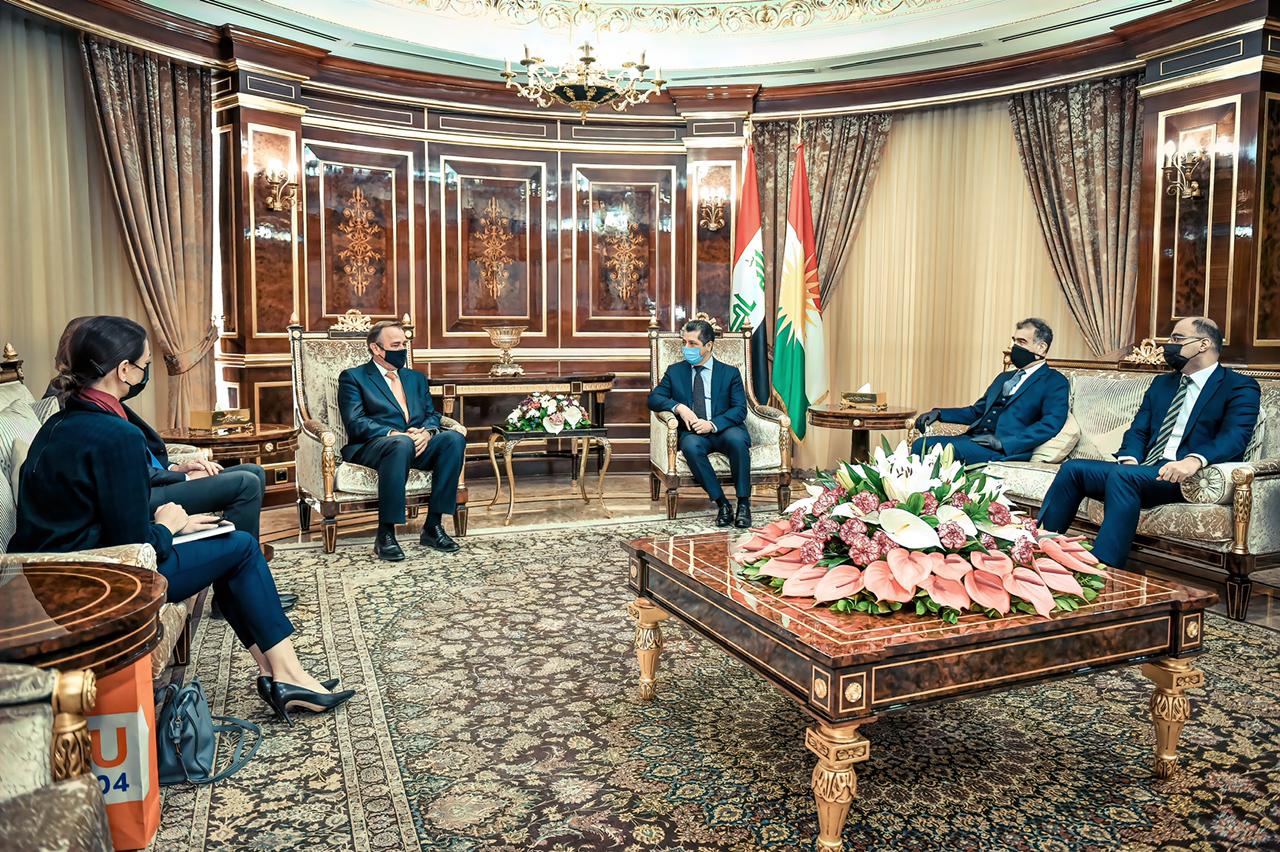 Shafaq News / The Prime Minister of the Kurdistan government, Masrour Barzani, praised the Dutch industrial and agricultural prowess highlighting the value that the Dutch expertise can add to Kurdistan in this field.

According to the statement, the Dutch ambassador expressed his country's readiness to develop prospects for cooperation with the Kurdistan Region and stressed the need to continue training and support the Peshmerga forces in the war against terrorism.

The Prime Minister thanked the Netherlands for its continuous support and shed light on the reforms being undertaken by the government, especially in the field of diversification of sources of income and the development of the industrial and agricultural sectors, indicating that there is a window of opportunity for the Kurdistan Region to benefit from the experiences of the Netherlands in this field.

The meeting highlighted the importance of implementing the Sinjar agreement in a way that guarantees security and stability in the region, according to the statement.

Kurdistan wheat-growers: delaying our dues is a political issue