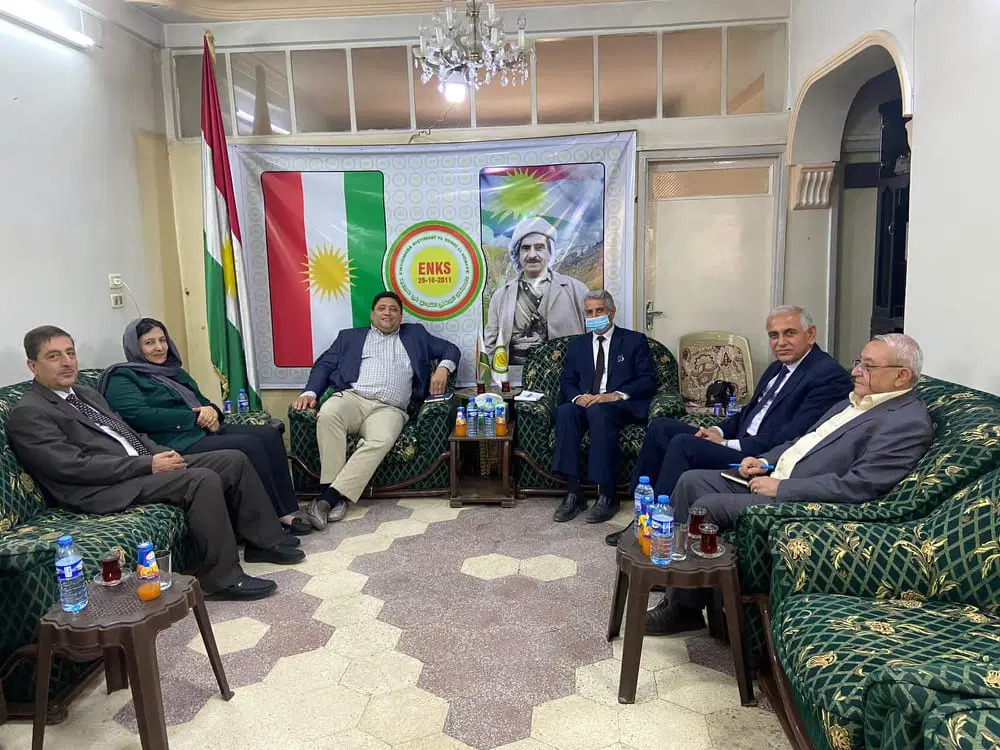 Shafaq News/ An informed source revealed that the meeting scheduled for Friday between the Kurdish National Council (ENKS) and the U.S. Deputy Special Envoy to Syria had been postponed.

The source said that the resumption of the Kurdish-Kurdish dialogue relies on the guarantees that the U.S. Deputy Special Envoy to Syria, David Brownstein, will offer in his anticipated meeting with the ENKS.

"The meeting will be held in the next few days," he added, "the reasons that prompted the U.S. Deputy Special Envoy to postpone the meeting are unknown."

"ENKS called on the U.S. Deputy Special Envoy and the Commander of SDF (Syrian Democratic Forces), Mazloum Abdi, to stop all the violations committed by the security forces affiliated with the Autonomous Administration against the proponents, members, and leaders of ENKS, and put an end to the accusations made by the Democratic Union Party (PYD) on media towards the leaders of the ENKS and Peshmerga Rojava to provide an appropriate atmosphere to resume the negotiations."

Under the auspices of the United States and the supervision of the SDF Commander, Mazloum Abdi, ENKS and PYD engaged in negotiations to unify the Kurds in Syria and introduce the ENKS in the governance of the Autonomous Administration of North and East Syria.

Initially, the negotiations were fruitful as they resulted in the establishment of a political reference for a mutual administration of the Region and drafting a "political code".

However, the negotiations between the poles of the Kurdish political movement were suspended due to the absence of U.S. mediators during the transit of the U.S. administration from Trump to Biden.

The grounds for a third round of the negotiations is cautiously being laid amid increasingly strained ties between both parties when the security forces of the Autonomous Administration apprehended activists and members of the ENKS and the "Revolutionary Youth" affiliated with the PYD sabotaged and attacked headquarters of their rivals in several Northeastern Syrian cities.