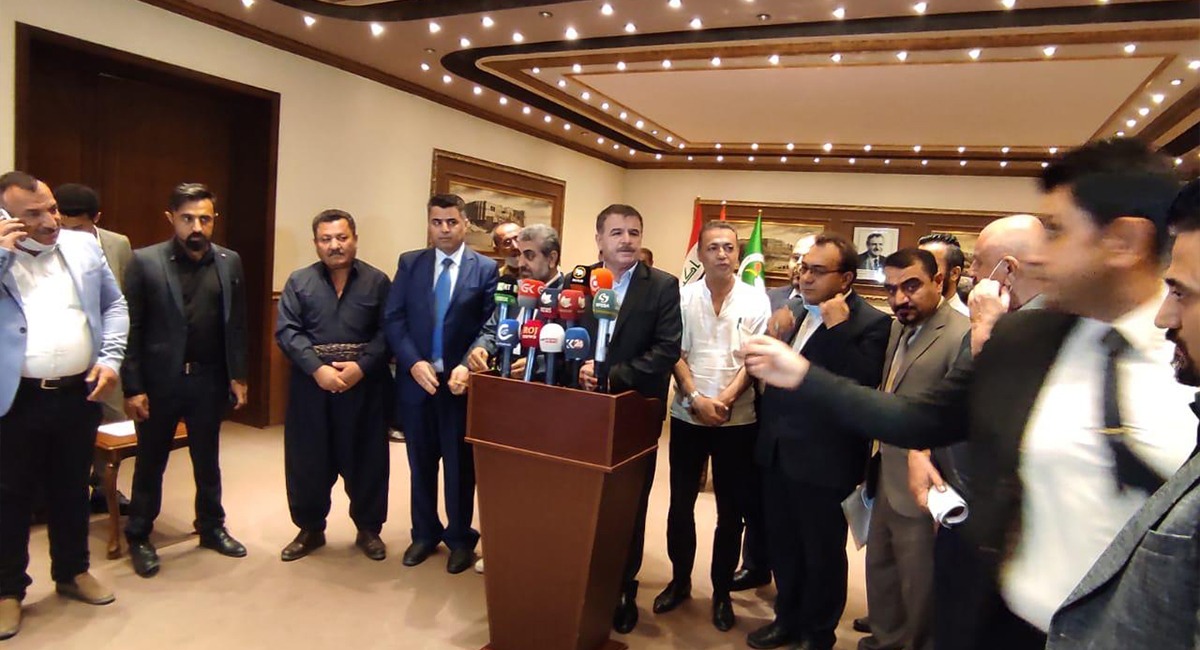 Shafaq News / Kurdish parties held a meeting in Kirkuk governorate on Sunday, in which they discussed the situation in their governorate and the participation in the early elections in Iraq, which are scheduled to take place in June 2021.

Fourteen Kurdish parties held the meeting, officials of the Kurdistan Democratic Party, the first party in the Kurdistan region, and the Turkmen Party.

The official of the National Union Organization Office in Kirkuk, Muhammad Othman, said in a joint press conference attended by the representatives of the parties that "it was decided to continue the meetings between the Kurdish parties in Kirkuk."

He indicated, "The formation of a committee of Kurdish parties to visit the political forces of other nationalities in Kirkuk to strengthen the relations among the components."

Othman added the Kurdish parties decided to participate in the early elections in Iraq with one list that was previously agreed upon, named "Kurdistan Alliance".