Kurdish parties in Kirkuk convey their demands to the federal government 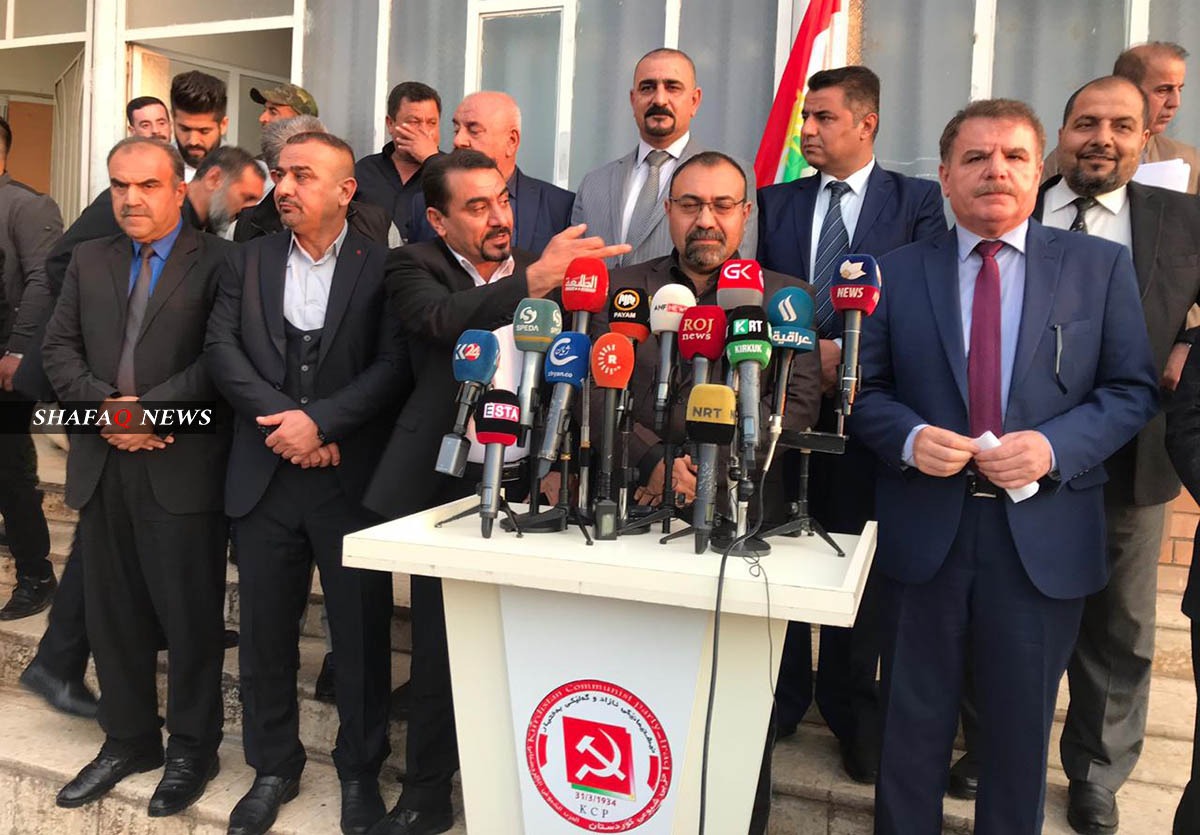 Shafaq News / The Kurdish parties in Kirkuk announced reaching an agreement on a package of demands related to the governorate's conditions.

The involved parties held a joint press conference after a meeting at the Kurdistan Communist Party's headquarters, the Kirkuk branch.

During the conference, the participants said that they discussed several issues, most notably the peaceful coexistence between Kirkuk's components.

The members of the Kurdish parties in Kirkuk Stressed that the salaries of some of the region's employees and teachers affiliated with Kurdistan Region must be transferred to the Federal government in order to be released.

The attendees said the Patriotic Union of Kurdistan branch official, accompanied by the acting governor of Kirkuk Rakan Saeed, and the Arab tribes, discussed upon their meeting with the President of the Republic, Barham Salih,  security and services files in Kirkuk, the salaries of the teachers in Kurdistan Region, proposing the formation of a joint security force from the citizens of the governorate to maintain security.