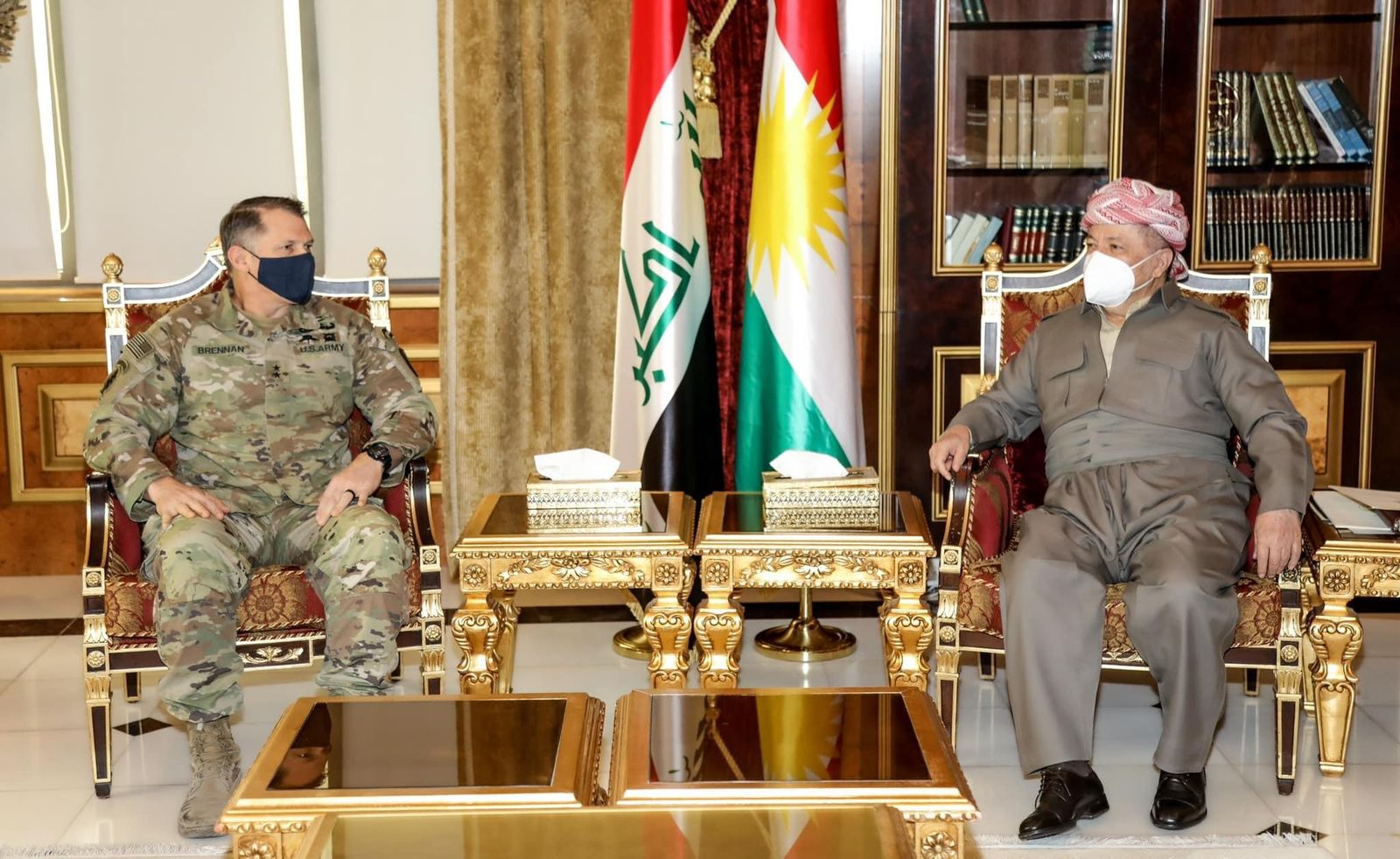 Shafaq News / Kurdish leader and head of the Kurdistan Democratic Party, Masoud Barzani, stressed today the importance of coordination between the Iraqi and Peshmerga forces.

A KDP statement revealed today that the Kurdish leader received today a US delegation headed by the Senior military adviser and attaché at the US embassy in Baghdad, Keith Phillips.

The meeting discussed the war against terrorism in Iraq and Syria, coordination between the Iraqi and Peshmerga forces, and the ministry of Peshmerga's steps to achieve reform.

Earlier, a US delegation also headed by Phillips held talks with the President of the Kurdistan Region, Nechirvan Barzani, during a special visit to Erbil.

Erbil to host the women's volleyball league this month