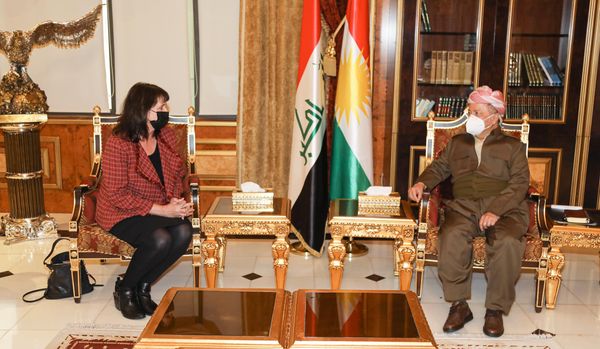 Barzani's headquarters said in a statement that Maenza commended the Barzani family's historical role in maintaining coexistence and freedom in the Kurdistan region.

She also praised the Peshmerga forces' sacrifices in the war against terrorism.

The statement added that the two parties shed light on ways to protect coexistence and peace in the region.

The two parties also discussed the situation in Syria, and the relationship between Kurdish parties.