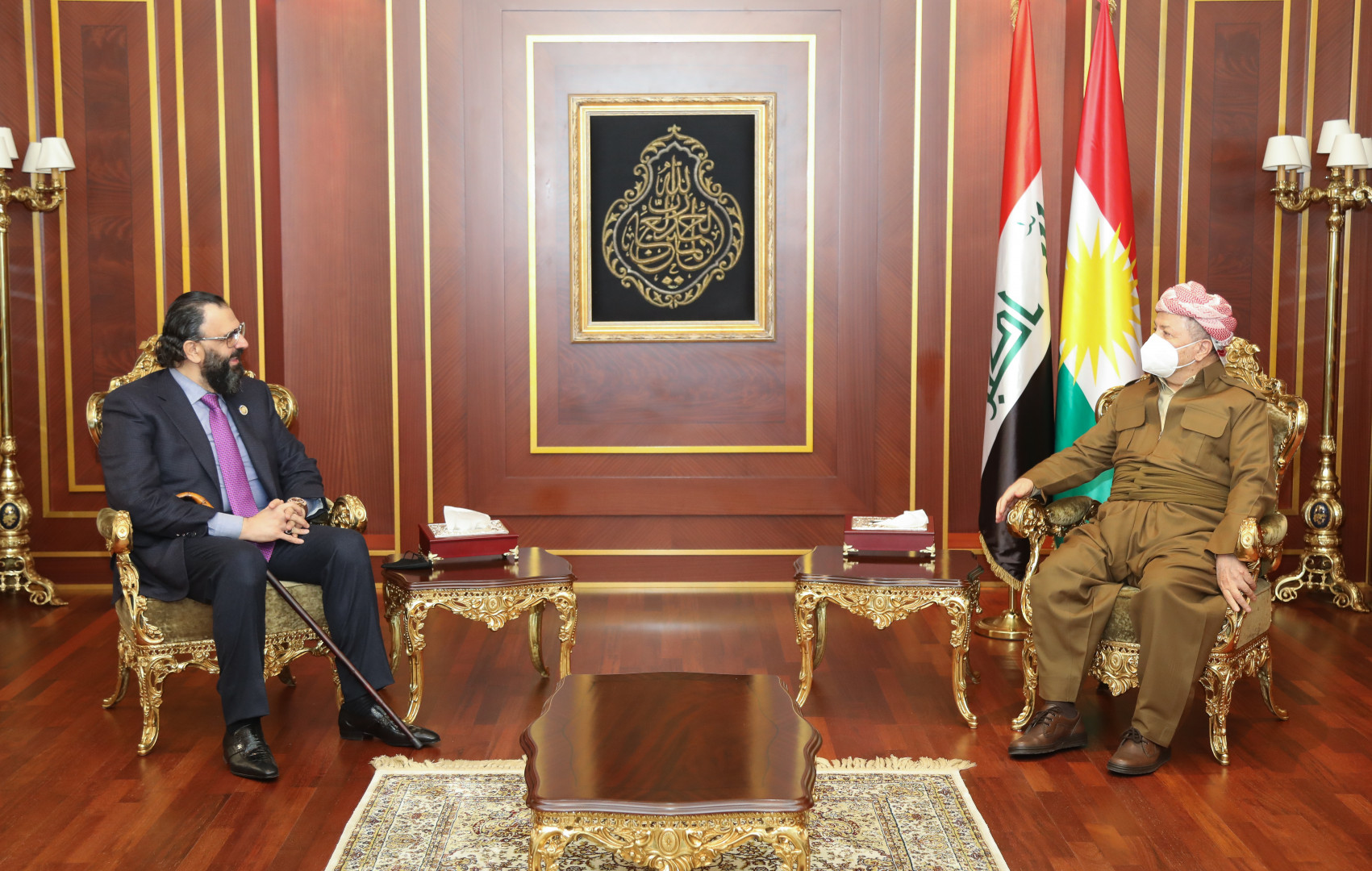 Shafaq News/ The Sheikh and guide of the Aliyah Qadiriyah al-Kasanzaniyya order, Nehru al-Kasanzani, called on the Kurdish leader Masoud Barzani to play his role in achieving stability in Iraq.

According to a statement by Barzani's headquarters, the Kurdish leader received al-Kasanzani al-Husseini and his accompanying delegation in Erbil.

The statement explained that the two sides exchanged views on the situation in Kurdistan, Iraq, and the region, adding that they highlighted the need to enhance the spirit of harmony and brotherhood among all communities.

For his part, the Presidency of the Kurdistan Regional Government announced today that the Prime Minister, Masrour Barzani, also received al-Kasanzani to discuss topics of mutual interest.