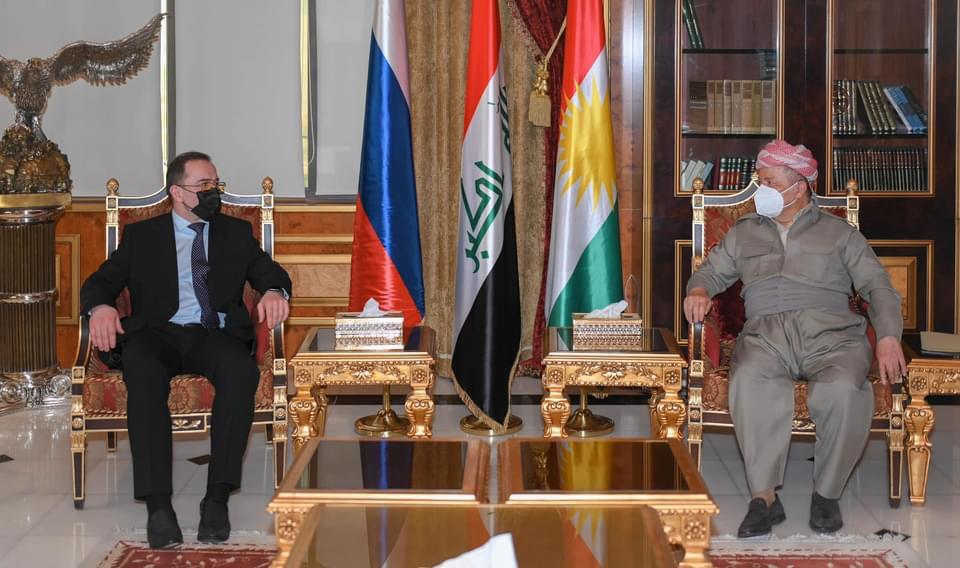 Shafaq News/ Kurdish leader Masoud Barzani discussed, on Tuesday, with Elbrus Kutrashev, the Russian ambassador to Iraq, the latest developments of the political process in Iraq, Syria, and the region, as well as the Erbil-Moscow relations.

A statement from Barzani's office said that the latter said that eliminating terrorism needs joint international support, stressing the importance of coordination between Syria and Iraq to achieve this goal.

The meeting also discussed the challenges facing the political process and the upcoming Iraqi elections, as well as the impact of the Iraqi situation on the stability of the region