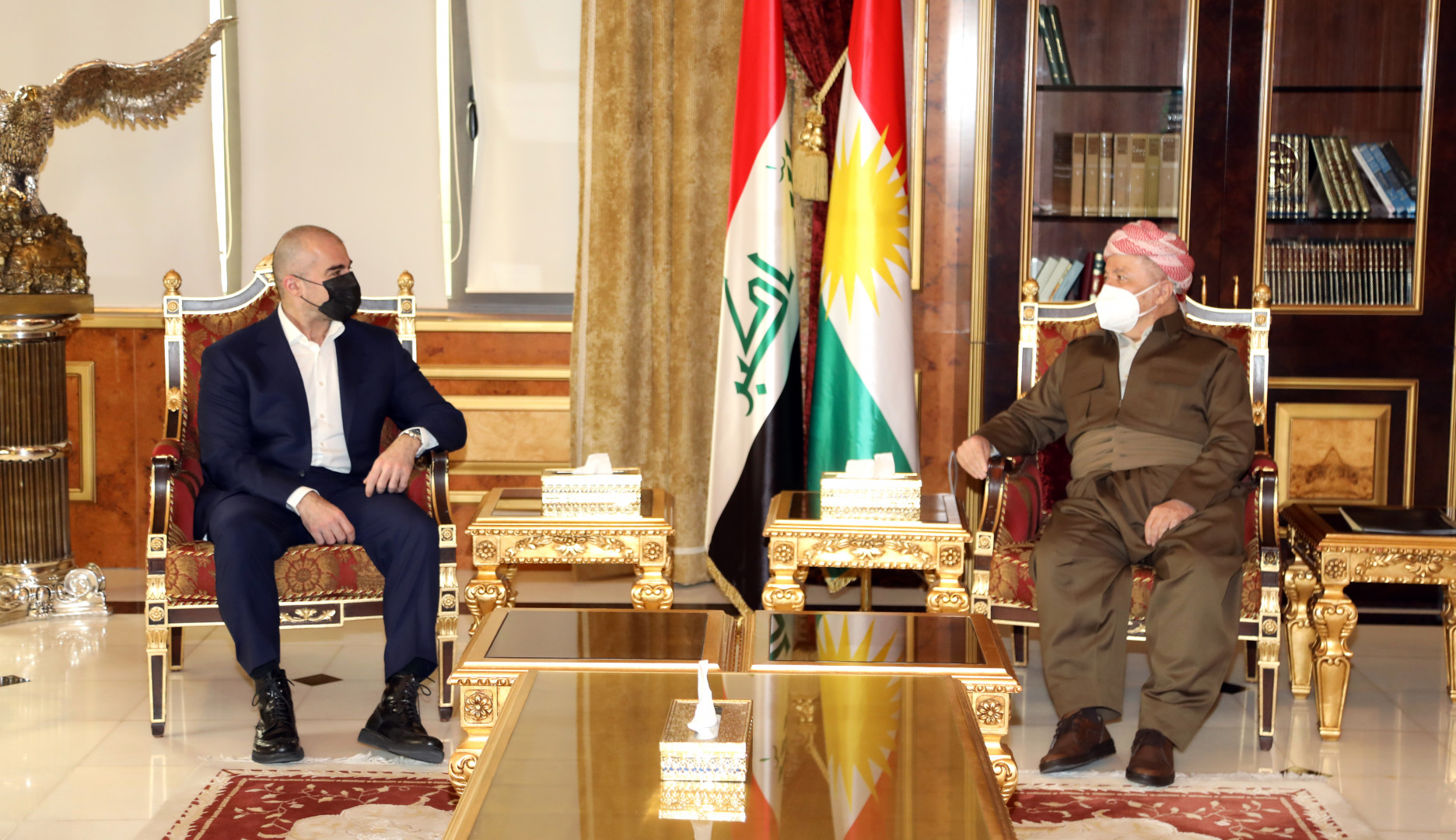 Shafaq News/ The Kurdish leader, Masoud Barzani, and the joint head of the Patriotic Union of Kurdistan, Bafel Talabani, stressed, in a meeting, the need to unify the Kurdish parties' positions and efforts to address the current crises.

A statement by Barzani's office said that the Kurdish leader, Masoud Barzani, who is head of the Kurdistan Democratic Party, received Bafel Jalal Talabani in his office in Erbil.

The statement indicated that the parties assessed the general situation and current issues, and emphasized the unity of the Kurdish national ranks and the unification of efforts to address problems and serve the people of Kurdistan.

The meeting discussed the post-elections era and the latest developments in the country.

The Kurdistan Democratic Party obtained the highest number of seats in the recent parliamentary elections in the Kurdistan Region, and came fourth in Iraq with 33 seats, according to preliminary results.

The Patriotic Union of Kurdistan came second in the region, with 18 seats.

This meeting comes before the final results announcement and the start of negotiations between the winning blocs to form the new Iraqi government.