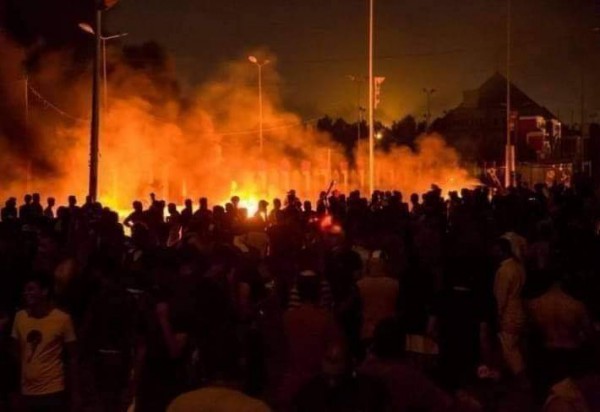 Shafaq News / KRG's Office of the Coordinator for International Advocacy (OCIA) accused the supporters of the PKK and the New Generation Movement of causing casualties among security officials and civilians during demonstration in Zakho, Duhok.

The said in a statement received by Shafaq News agency, the Government is “fully committed to preserving freedom of expression in demonstrations and civil protests.”

He added, "It is assumed that the protest was by truck drivers who felt that opening the Ibrahim Khalil border crossing with Turkey would allow Turkish drivers to enter the Kurdistan region, which could harm their business.”

However, “unknown persons quickly chanted slogans of the PKK and began firing shots at the security forces, which turned the protest into acts of sabotage and violations and resulted in injuries among the security forces and civilians.”

The statement confirmed that "61 people from the security forces and 4 civilians were injured,  although 18 people were arrested, and  Investigations are underway."

According to the statement, "26 police and civilian cars were damaged, in addition to public and private properties."

It is noteworthy that while the protest was reportedly aimed at transferring the rights of drivers, only 4 drivers were revealed during the investigations and that most of those who participated were not from Zakho.

“the mother of the martyrs” is present in the Kurdish parliement