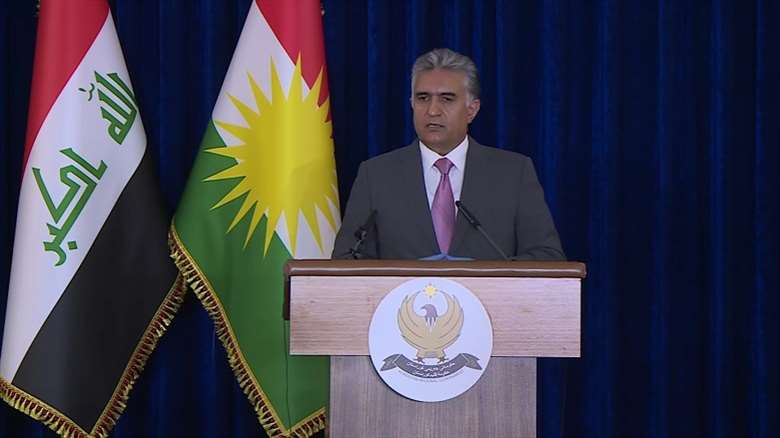 Shafaq News/ The Minister of Interior of Kurdistan Region, Rebar Ahmed, said today that the region is continuing its efforts with the federal government to establish a special court to look into ISIS crimes.

Ahmed said in a press conference after a meeting with the Higher Committee specialized in the Yazidis file, that the crime the Yazidis were subjected to is completely inhumane and should be dealt with, adding that the regional government opened an office in 2015 to collect documents and evidence to internationalize Yazidis case and bring the perpetrators to justice.

Ahmed said that what ISIS committed against the Yazidis is a heinous crime by all standards, because it was not limited to extermination only, but also torture, burying alive, kidnapping, rape, slavery, and assault.

"We insist on forming a Special Court to prosecute ISIS terrorists, and we will continue to communicate with the Iraqi government to achieve this purpose."

He stressed that Sinjar should be reconstructed, and both the President of the Regional Government, Masrour Barzani, and the Prime Minister, Mustafa Al-Kadhimi, have appointed a special team to reconstruct the district, calling on the federal government to form this joint team and proceed with the project.

The Minister said that Baghdad is responsible for removing the militants from Sinjar, indicating that any time they leave the district, construction projects will start and services will be provided in coordination with the Iraqi government.