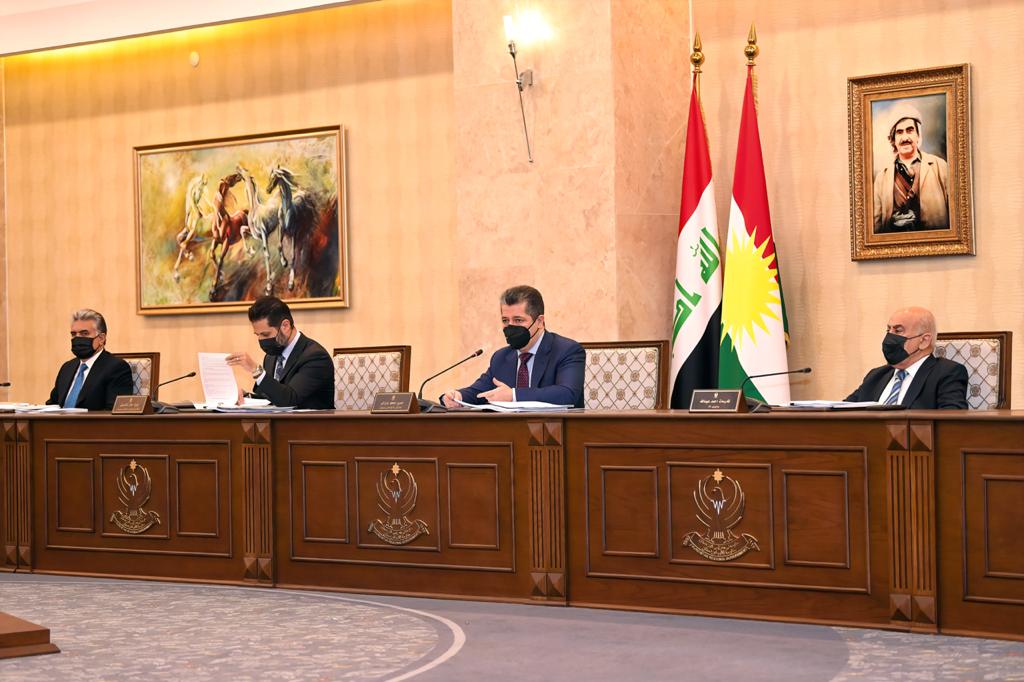 Shafaq News/ The Cabinet of Kurdistan voted today, Wednesday, upon several draft laws, including a bill for a criminal court for ISIS crimes.

The Cabinet held its weekly meeting chaired by the Prime Minister, Masrour Barzani, in the presence of the Deputy Prime Minister, Qubad Talabani, according to a readout of the session.

At the beginning of the session, the Ministers of Finance, Awat Sheikh Janab, and Planning, Dara Rachid, delivered a presentation on the region's budget bill for 2021.

The cabinet decided to establish a committee to incorporate the Ministers' observations and suggestions in the bill before submitting it to the Parliament.

In the second part of the session, the Deputy PM reviewed the results of the first specialized meeting for confronting the drought. The results included plans, suggestions, as well as the priorities of the ministries, governorates, and independent counties.

The cabinet opted to devise a plan to cope with the drought to be deliberated and voted upon as soon as possible.

By the end of the session, the cabinet approved five bills: a bill on a criminal court for ISIS crimes in Kurdistan Region-Iraq; a bill on implementing and amending the law on industrial investment in the private and mixed sectors no. 20 of 1998; a bill on amending the federation of Industry and commerce chambers law, the Ministry of Commerce, the Industry law, and the Commercial Law.

The approved bills will be referred to the Parliament for voting, according to the cabinet's statement.