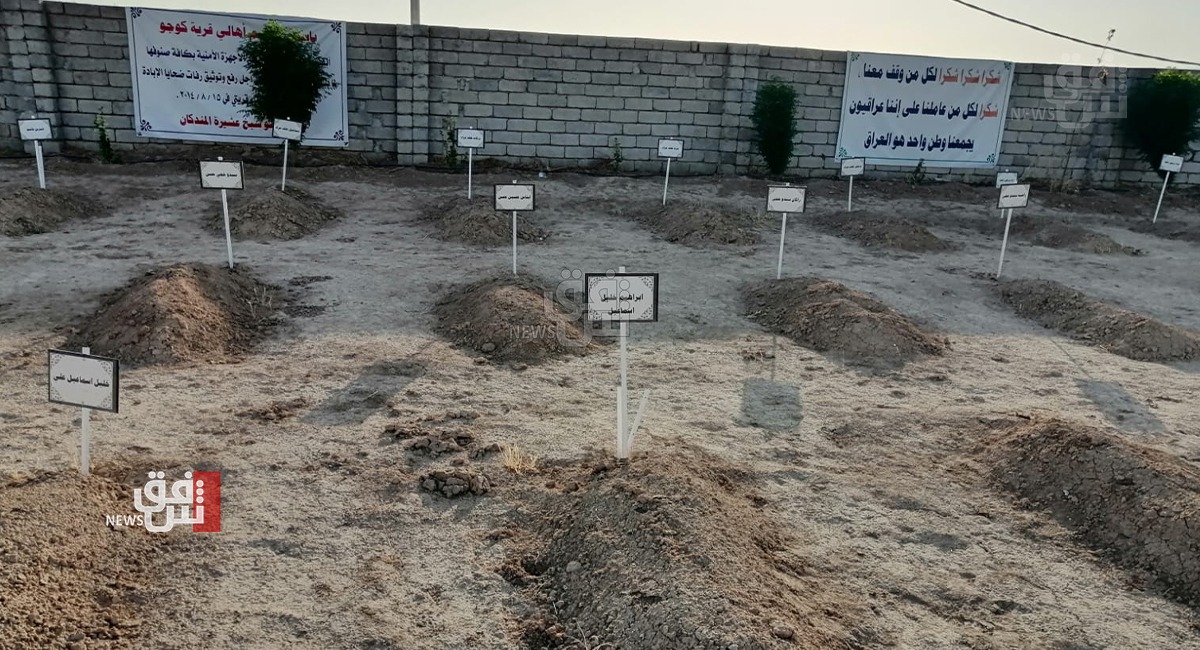 Shafaq News/ Erbil renewed its call for Baghdad to implement the Sinjar agreement.

The Kurdistan Regional Government Coordinator for International Advocacy, Dindar Zebari, said in the burial ceremony for the remains of Yazidi victims in Sinjar, "We reverently attend today the ceremony to receive the remains of 41 Yazidis from Kocho and Solagh, who were victims of the most brutal genocide in the history of humanity, at the hands of ISIS terrorists."

"What happened in Sinjar and other regions was an attempt to destroy the values of the people of Kurdistan represented by tolerance, coexistence, and humanity. It is a humanitarian disaster equivalent to war crimes, genocide, and crimes against humanity."

Zebari stressed that the regional government is always striving with all Iraqi and international concerned parties so that the Yazidi community and all other religious, sectarian, and national communities enjoy protection, and prevent exposing them to such a catastrophe.

He called on the federal government to, "compensate all those affected by these attacks, and that terrorists and perpetrators of genocide receive their punishment following international laws and norms."

Sinjar: Ankara marching towards the district torn between Baghdad and the PKK

Demonstrations in Sinjar against sentencing four Yazidis to Capital Penalty