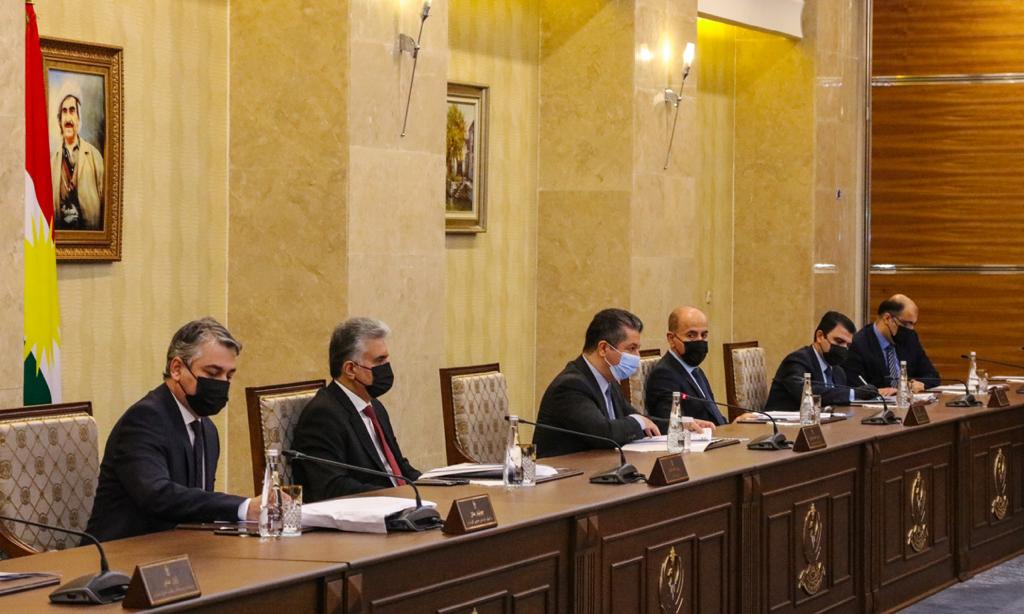 Shafaq News/ The Prime Minister of Kurdistan Region, Masrour Barzani, underlined on Monday his determination to combat corruption and put an end to the waste of public money while noting that the reform law aims to establish justice and protect the rights of the citizens.

In a statement received by Shafaq News Agency, the Prime Ministry office said that the PM Masrour Barzani supervised today, Monday, a meeting of the Supreme Committee to implement the reform law in the region, indicating that the meeting discussed the files of the salaries, allowances, benefits, and pensions In the regional government institutions and ministries.

The Prime Minister indicated that the implementation of the reform law aims to establish justice within the framework of a continuous process that targets various sectors. He said, "the regional government is determined to combat corruption, put an end to the public money waste, and execute administrative and financial reform."

According to the statement, the Secretary of the Supreme Committee for the Implementation of the Reform Law, Abd al-Hakim Khusraw, reviewed the primary steps to implement the law, after which the relevant ministries submitted detailed reports on the progress of the project.

The ministers' reports touched upon a variety of topics: salaries, benefits, retirement, reorganization of the Peshmerga forces, ways to reduce routine in government departments.

The meeting, according to the statement, submitted a set of recommendations during the session to establish the steps of the law implementation.