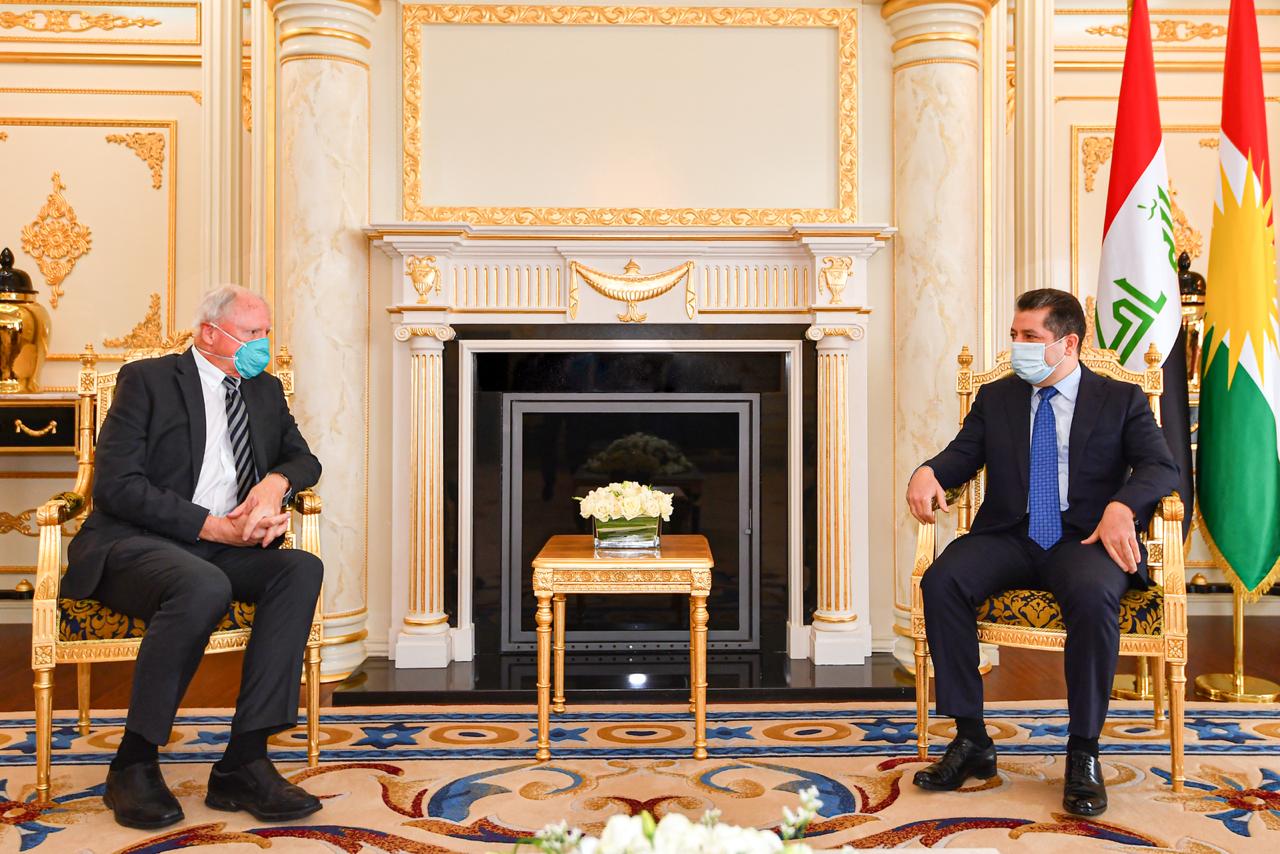 Shafaq News / The Prime Minister of Kurdistan Regional Government, Masrour Barzani received on Tuesday an American delegation headed by the Special Envoy for the International Coalition against ISIS and the Special Representative for Syrian Affairs, Ambassador James Jeffrey.

A statement of the regional government received by Shafaq News agency stated that the meeting discussed the latest developments in the Iraqi arena, the importance of cooperation and ways to help the Peshmerga forces and the Iraqi army to confront the threats of ISIS.

Jeffrey said, "Kurdistan Region enjoys an important and strategic position in the Middle East due to its plurality, diversity, vitality and friendship with U.S. and Western countries".

The Prime Minister thanked the United States and shed light on the situation in Iraq and the region and the relations between the regional and federal governments.

Barzani said that the discussions with Baghdad are continuing with the aim of reaching a radical solution to the outstanding problems on the basis of the constitution and stressed the need to continue security coordination between the Peshmerga forces and the Iraqi army, specifically in the Kurdish areas outside the region’s administration to counter ISIS threats.

The Prime Minister of the region expressed his deep concern about the continuation of the policy of Arabization and attacks on the lands and properties of Kurdish citizens in these areas.

Kuwait shows a desire to increase its trade exchange with Kurdistan