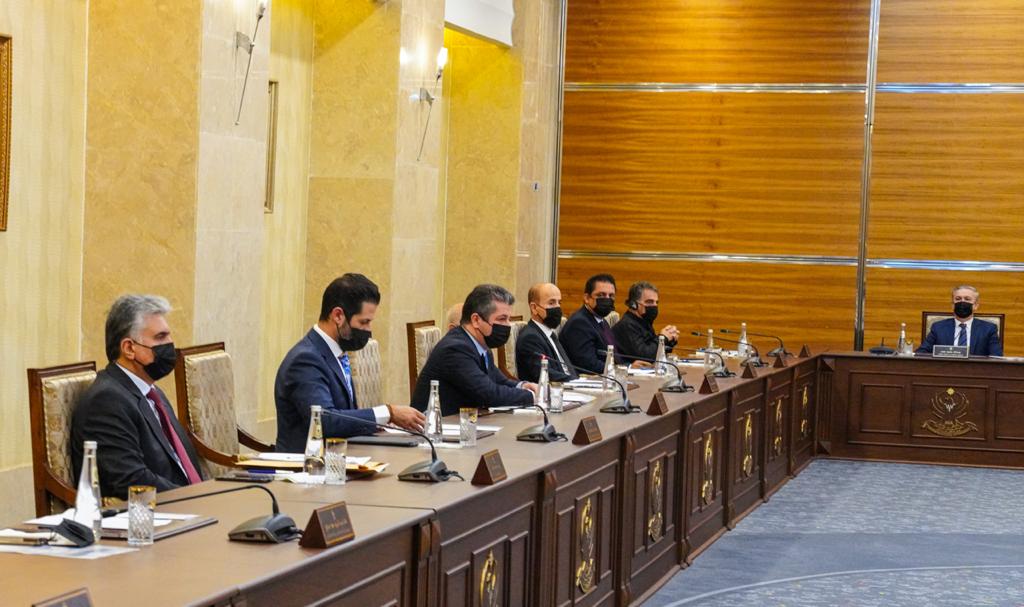 Shafaq News/ The Kurdistan Regional Government (KRG) discussed today, Wednesday, the ongoing preparations for the Region's budget bill for the current year and decided to resume normal working hours in government institutions starting from next week.

At the beginning of the meeting, the Prime Minister reiterated KRG's commitment to the federal general budget law, and praised the Federal Government's willingness to fulfill its side of the agreement. The Prime Minister also thanked the government's negotiating delegation for successfully fulfilling his mission and defending the region's rights and financial dues, hoping that "the agreement contributes to improving the financial situation in the Kurdistan Region."

Afterward, PM Barzani shed light on the recent visit of a high-ranking KRG delegation to Belgium and Greece and said that senior officials in both countries expressed their readiness to support the reform program initiated by the Government.

The Deputy Prime Minister and members of the negotiating delegation presented the latest developments on the negotiations with the relevant ministries in the Federal Government on the mechanisms for implementing Article 11 of the Federal General Budget Law for 2021.

In another part of the meeting, the Minister of Finance and Economy, Awat Sheikh Janab, reviewed the latest preparations underway on the Kurdistan Region’s budget bill for the year 2021.

At the conclusion of the meeting, the cabinet decided to restore the working hours in government institutions to the prepandemic schedule as of next week.