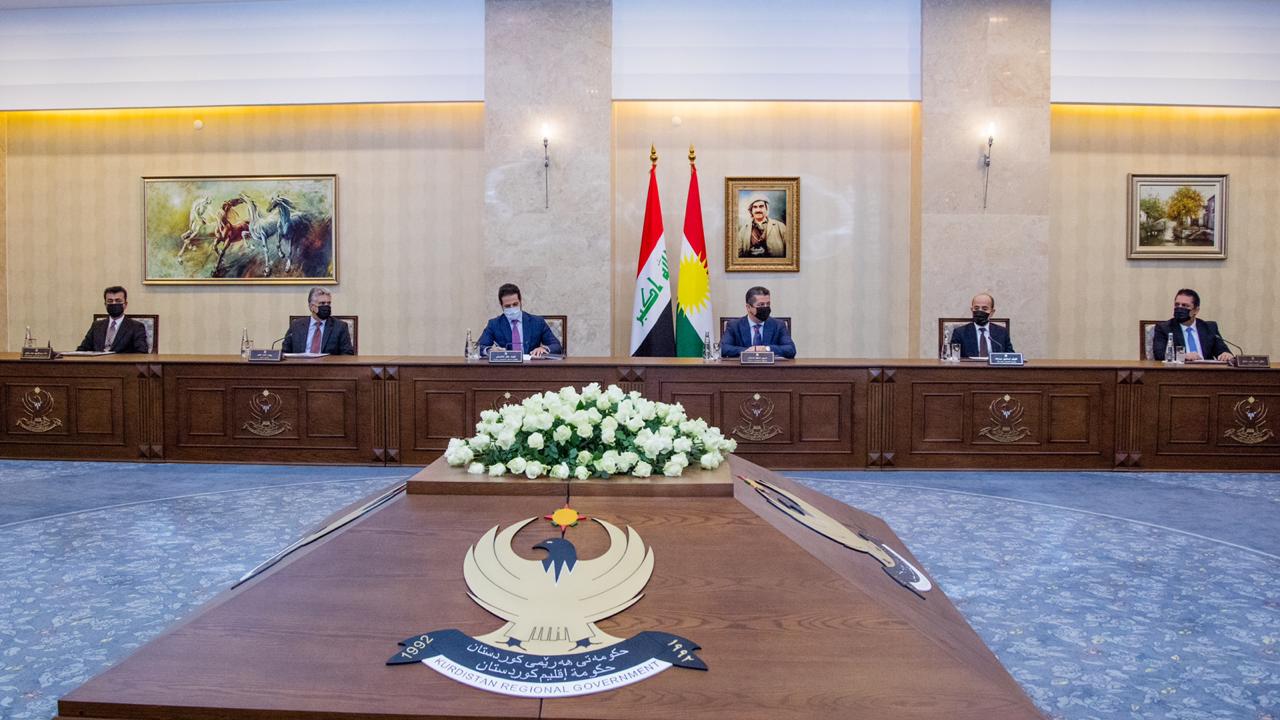 The regional government said in a statement that the Council of Ministers of Kurdistan Region held its regular session earlier today headed by Prime Minister Masrour Barzani.

At the beginning of the meeting, the Prime Minister valued the efforts and endeavors of the negotiating delegation of Kurdistan Regional Government with the federal government, "we will never give up our constitutional rights. It is a shame that the issue of salaries and financial dues is being exploited to exert pressure on the citizens of Kurdistan Region."

The government's delegation reviewed the results of its visit to Baghdad before the Council regarding the region's share of the 2021 budget and the fiscal deficit law applications, stressing that the visit to Baghdad came to implement the law and not negotiate about it.

According to the statement, the delegation asserted that the region has entirely fulfilled its constitutional obligations, which leaves no room for justification to hold its entitlements.

The Cabinet decided to inform Kurdistan Parliament, political parties, and public opinion in the region about the details of the talks and the latest developments with the federal government.

The meetings discussed the late drop in the exchange rate of the Iraqi dinar. In this regard, the Regional government directed the relevant ministries to monitor the markets closely and take severe measures against trying to take advantage of the situation.

The Minister of Health, Saman Barzanji, presented a special report on the region's epidemiological situation. The Cabinet decided to tighten preventive measures in public places, the private sector, institutions, and government departments.